How a viral strain gains the upper hand. 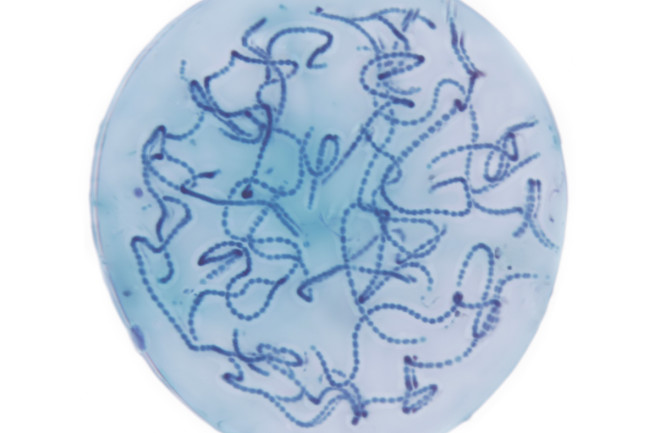 Viruses are wily predators that can kill their hosts and cause lethal human diseases. They can also hijack CRISPR DNA to help their host, though not without an ulterior motive.

In recent years, CRISPR, a sequence of DNA, has become best known for its use in gene editing, when scientists alter or delete DNA in living organisms. It's a technique that may soon revolutionize therapeutics. In nature, bacteria use DNA snippets from viruses to form CRISPR sequences to fight viral infections. The DNA enables bacteria to recognize the viruses and destroy them if they attack again, thereby avoiding infection.

In a study published in June, Canadian scientists explained how the viral strain Cyanophage N-1 similarly sought the upper hand, stealing a CRISPR array of DNA from bacteria that contains DNA from other viruses. The viral strain stored the DNA snippets in its genome and then gifted them to freshwater cyanobacteria. This gave the cyanobacteria immunity to other viruses.

The gift came at a price, though: The N-1 virus could now freely multiply within its host without viral competition.

Curtis Suttle, an environmental microbiologist and senior author of the study in mBio, says scientists previously had never seen a virus use a CRISPR array in this manner. “It’s a nice evolutionary trick that we wouldn’t have predicted,” Suttle says.