A few years ago I put up a post, WORDSUM & IQ & the correlation, as a “reference” post. Basically if anyone objected to using WORDSUM, a variable in the General Social Survey, then I would point to that post and observe that the correlation between WORDSUM and general intelligence is 0.71. That makes sense, since WORDSUM is a vocabulary test, and verbal fluency is well correlated with intelligence.

But I realized over the years I’ve posted many posts using the GSS and WORDSUM, but never explicitly laid out the distribution of WORDSUM scores, which range from 0 (0 out of 10) to 10 (10 out of 10). I’ve used categories like “stupid, interval 0-4,” but often only mentioned the percentiles in the comments after prompting from a reader. This post is to fix that problem forever, and will serve as a reference for the future.

First, please keep in mind that I limited the sample to the year 2000 and later. The N is ~7,000, but far lower for some of variables crossed. Therefore, I invite you to replicate my results. After the charts I will list all the variables, so if you care you should be able to replicate displaying all the sample sizes in ~10 minutes. I am also going to attach a csv file with the raw table data. As for the charts, they are simple.

– The y-axis is the percent of a given demographic class who received that score. I’ve labelled some of them where the chart doesn’t get too busy

All of the charts have a line which represents the total population in the sample (“All”). 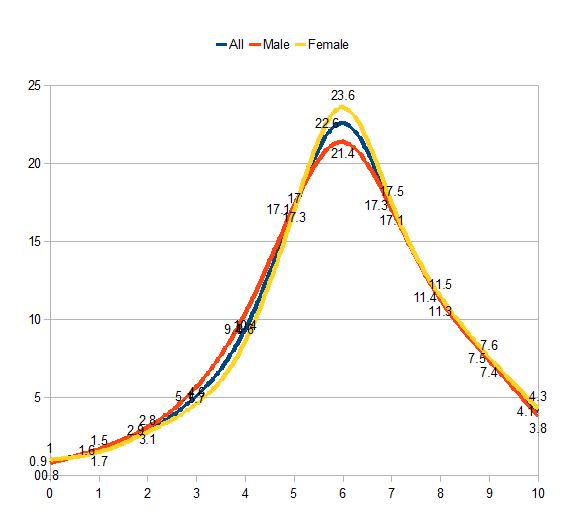 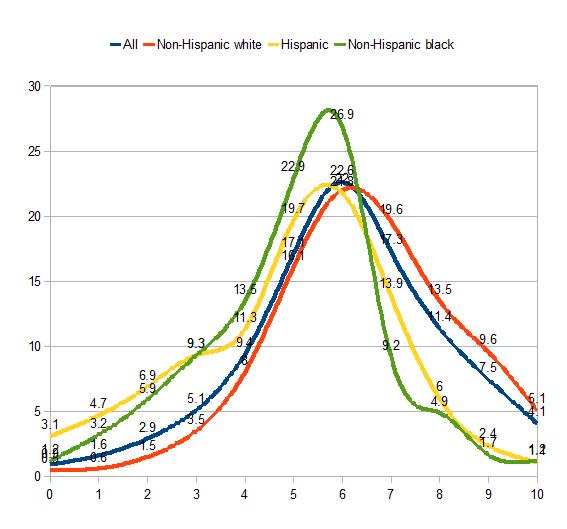 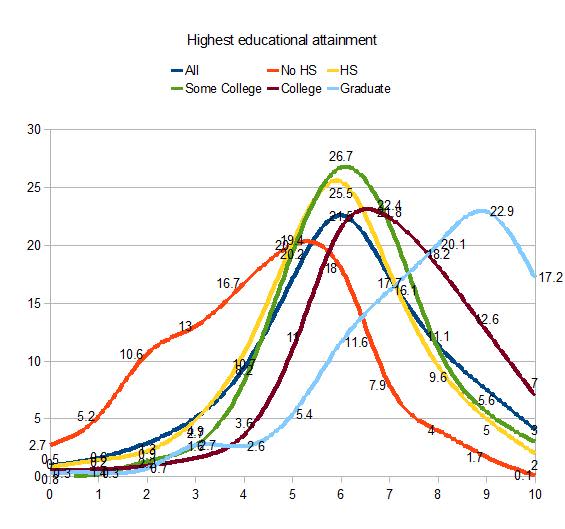 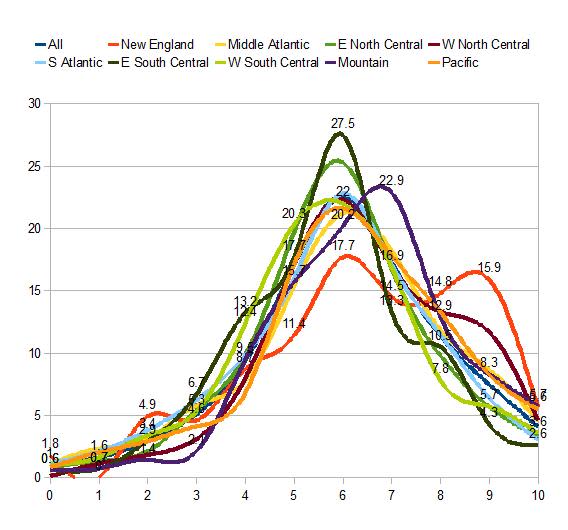 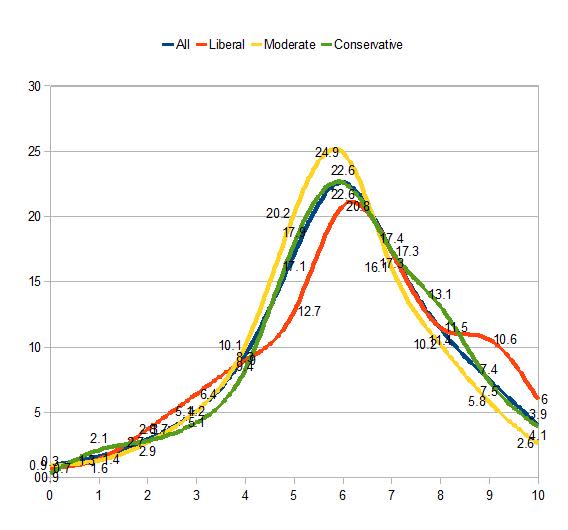 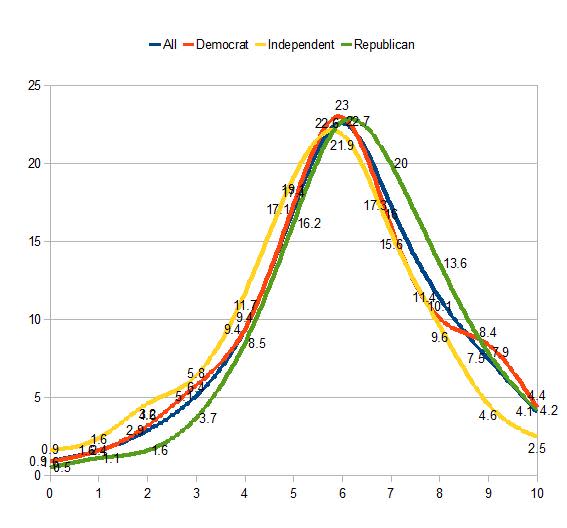 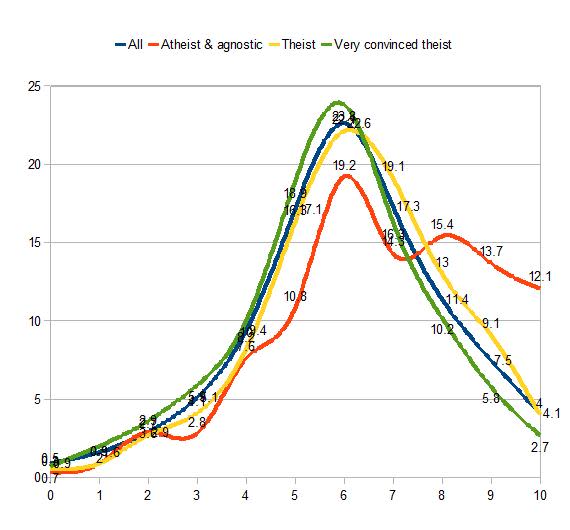 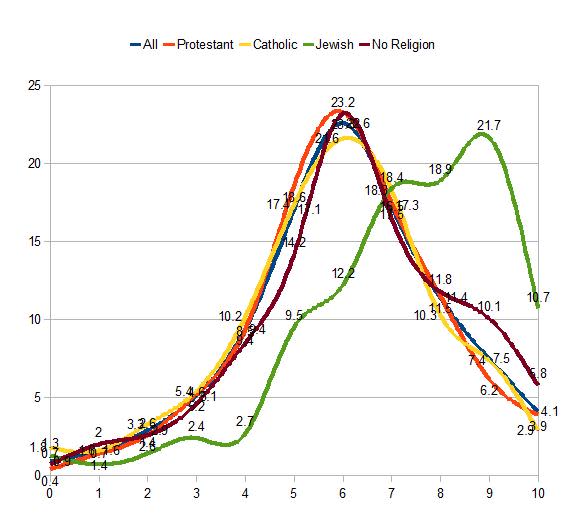 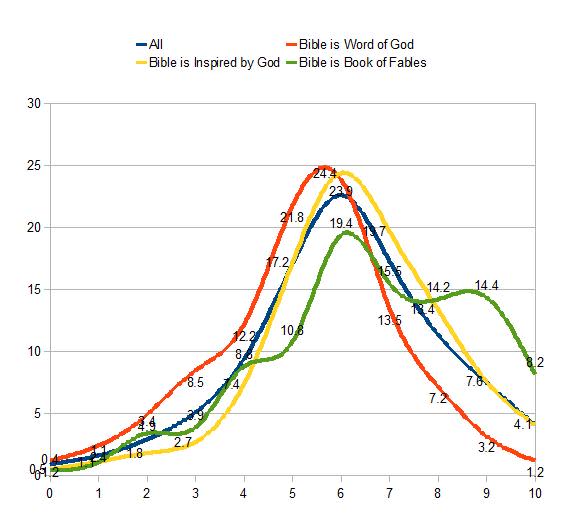 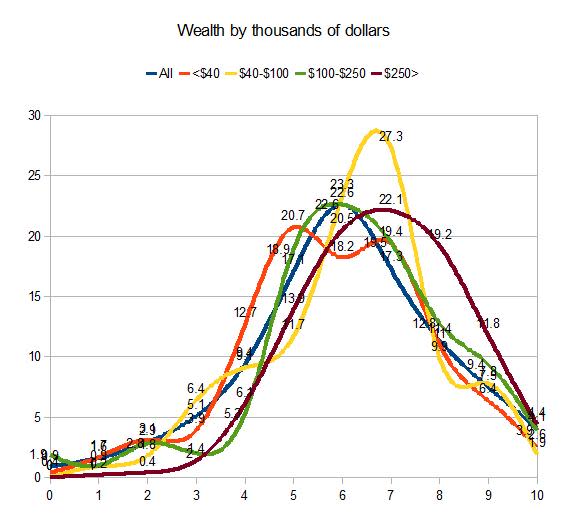 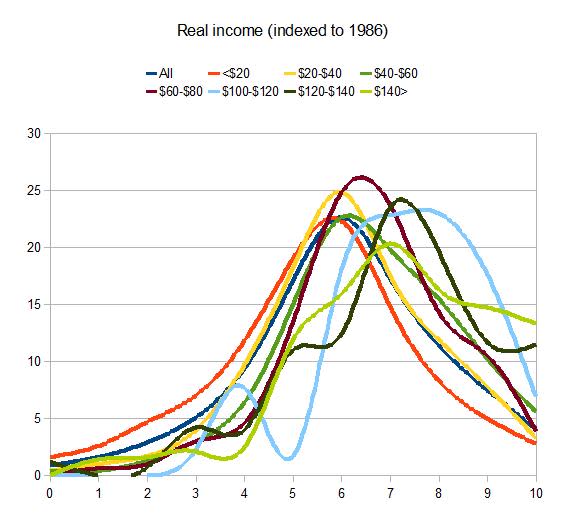 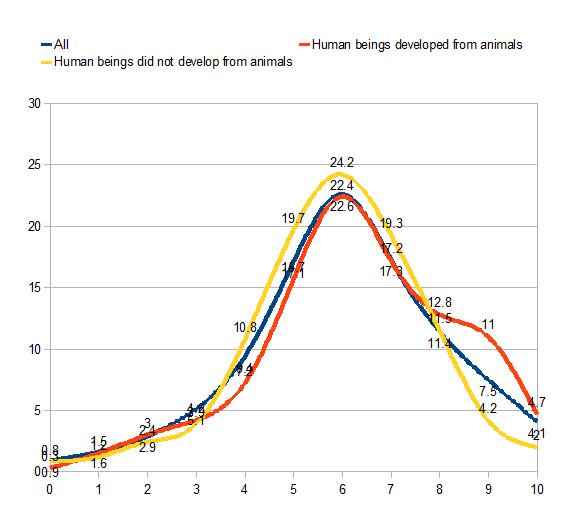 Race/ethnicity = For non-Hispanic blacks and whites put HISPANIC(1) in the filter. Then RACE. For Hispanics just limiting the sample to Hispanics will do, HISPANIC(2-*). Nothing in the row needed.