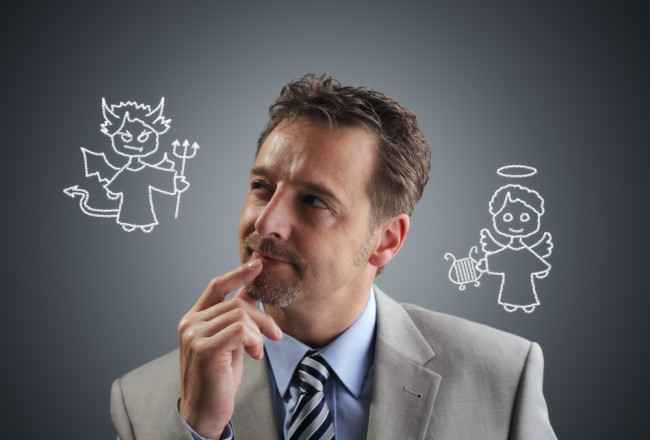 Would you push a man off a bridge and into the path of an oncoming train to prevent the speeding locomotive from killing five people further down the track? Your answer to this moral dilemma may depend upon the language in which it is asked. Psychologists from the University of Chicago and Pompeu Fabra University in Barcelona found that people who speak multiple languages tended to take a more utilitarian approach to this moral dilemma when it was presented in their non-native tongue. Researchers say their results indicate that the use of foreign languages reduces our emotional response and provides psychological distance when making moral decisions.

Research has previously found that foreign languages blunt some emotional responses. For instance, people are more rational when making certain emotionally-charged decisions when the options are presented in a foreign language. To see whether this phenomenon applied to ethical judgments, researchers recruited 725 bilingual people in the United States, Spain, Korea, France and Israel. They presented participants with the classic “trolley dilemma,” outlined above, in their native language and their second language.  When presented with the dilemma in their native tongue, only 20 percent of participants chose to push the man off the footbridge. In contrast, 33 percent chose to push the man to his death when they were presented the dilemma in a foreign language. The findings were published last week in the journal PLOS

Researchers say that this difference is caused by the increased psychological distance of using a foreign language. Contrary to our sense that our morals are deep-seated in our personality, the findings imply that emotions, and language, play a key role in such ethical decisions. Researchers say their results have important implications for decision-making processes in a globalized world. Taking into account the influence of using foreign languages, they say, could help us check our responses to everyday moral dilemmas. It's worth pointing out, for instance, that in the ongoing global negotiations such as those over climate change---a potentially very emotional subject---most of the negotiations are taking place in delegates' secondary tongue.