Urban Legends In The World of Clinical Trials

Ethnographer Jill A. Fisher offers a fascinating look at the rumors and urban legends that circulate among the volunteers who get paid to take part in medical research: Stopped hearts, amputated toes and NASA 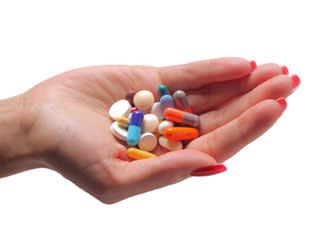 Fisher visited six clinical trial facilities across the USA. All of these facilities were exclusively devoted to running phase I trials, testing new drugs to see if they are safe in humans. She spent a total of 450 hours in the field, getting to know the 'guinea pigs', and the staff, through a combination of formal interviews, and informal mingling. She says that she quickly became interested in the rumors that circulated among the volunteers, concerning legendary studies or events. Fisher describes five tales in detail. In "Lumbar puncture paralysis", a volunteer is left in a wheelchair for life after a lumbar puncture ('spinal tap'). Fisher notes that lumbar punctures are not part of most trials, and those studies that do include spinal taps tend to pay participants more money, to compensate volunteers for the painful procedure. The moral of the story seems to be that money isn't the most important thing in life. The "flatliner" study concerns a clinical trial in which, in exchange for a hefty fee, participants agree to be put into cardiac arrest for a brief period and then resuscitated. As one serial participant told Fisher

I don’t know if it’s a myth going around or something that actually happened. I heard a story about the university that stops your heart for 60 seconds or whatever and they pay you, I don’t know, $50,000 or whatever. I don’t know anybody that’s ever done it. [Laughs]. I just hear everybody talking about it. Maybe nobody ever lived to come back and talk about it.

Some participants even ask researchers in unrelated clinical trials for help on how to enroll in the flatliner project. One investigator says he has repeatedly been asked for information on the high-paying study where "you let the unit stop your heart". The rumor may have originated in the movie Flatliners. A variant of this story is the "amputated toe", about a study where the researchers cut off people's toes and then reattach them. Fisher says that this story, however, is widely regarded as implausible. Unlike the previous rumors, the "NASA study" story does have a basis in fact. It's true that NASA conducts research to simulate the effects of long-term spaceflight on the body, and in these studies volunteers have to lie in bed for up to three months. However, these facts appear greatly exaggerated in the form of rumors that NASA pay people to stay in bed for up to a year, and that the bed is vertical, or even upside down. The final urban legend Fisher describes is the "dead participant". The essence of this morality tale is that a volunteer dies as a result of lying to the researchers. One version of the story holds that a male volunteer "took an antidepressant medication, and went home, and committed suicide", after failing to disclose their full medical history. This rumor may be based on the real case of Traci Johnson, a 19 year old who hanged herself in 2004 within the Lilly testing facility. A variant of the story, told by several white volunteers in the Southwestern USA, concerns a Hispanic girl who claims to be older than she is, in order to meet the minimum age limit for a study. She gets in, with the help of a false ID, takes a drug, and dies. Thus the basic "tell the truth" message is put in the context of immigration. Fisher concludes that all of these urban legends serve to reassure participants by suggesting that, however unpleasant or dangerous the studies they enroll in may seem, they are benign compared to the really nasty stuff that goes on elsewhere; and that so long as you tell the truth and follow the rules, the risks are not so bad.