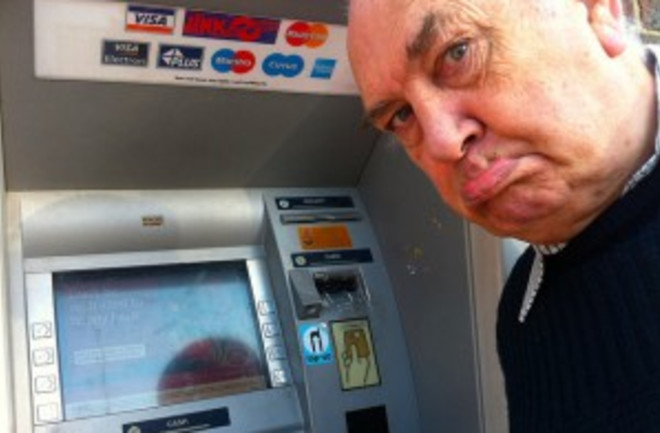 Flickr/George RedgraveBoth economic insecurity and the use of painkillers are on the rise, and, according to these scientists, it's more than a mere correlation. They propose that experiencing economic insecurity (like unemployment) can actually reduce people's pain tolerance. To test this hypothesis, they conducted a number of experiments, including having undergraduate student participants from the University of Virginia read paragraphs describing how the ranking of one's college affects their future financial security. Some students were told that the University of Virginia ranked high, while others were told it ranks low. The students in the high-ranking group had a higher pain tolerance, as measured by how long they could stand submerging their hand in icy water. Based on these and other experiments, the authors concluded that "the psychological experience of lacking control helped generate the causal link from economic insecurity to physical pain." So there you have it: unemployment hurts more than just your wallet!Economic Insecurity Increases Physical Pain "The past decade has seen a rise in both economic insecurity and frequency of physical pain. The current research reveals a causal connection between these two growing and consequential social trends. In five studies, we found that economic insecurity produced physical pain and reduced pain tolerance. In a sixth study, with data from 33,720 geographically diverse households across the United States, economic insecurity predicted consumption of over-the-counter painkillers. The link between economic insecurity and physical pain emerged when people experienced the insecurity personally (unemployment), when they were in an insecure context (they were informed that their state had a relatively high level of unemployment), and when they contemplated past and future economic insecurity. Using both experimental-causal-chain and measurement-of-mediation approaches, we also established that the psychological experience of lacking control helped generate the causal link from economic insecurity to physical pain. Meta-analyses including all of our studies testing the link from economic insecurity to physical pain revealed that this link is reliable. Overall, the findings show that it physically hurts to be economically insecure." Related content: Pleasure and pain: the effect of (almost) having an orgasm on genital and nongenital sensitivity.I’m so rich, I’m allergic to money.Money can’t buy you love, but it can reduce your pain.