IQ tests are one of the most prominent tools in the modern psychologist's toolbox. They also have numerous methodological flaws. 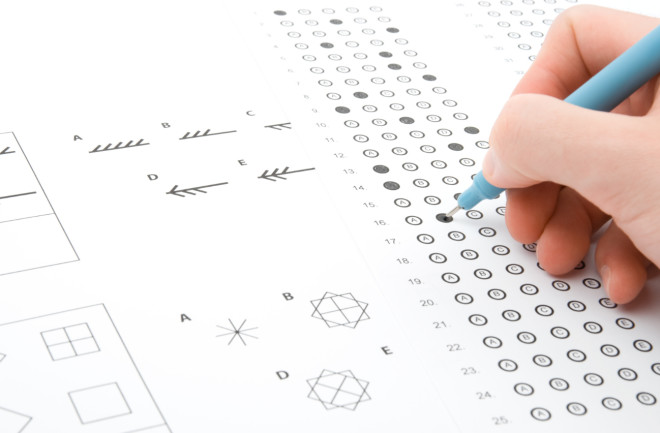 IQ, short for intelligence quotient, is one of the most widely cited and versatile tools in psychology, spanning thousands of studies across more than a century of research. Aiming to measure the innate intelligence of the human population, IQ tests work by aggregating the scores from several distinct tasks into a singular number representing the person’s cognitive ability. The tests also have numerous methodological flaws that we’re only just beginning to understand.

“I think IQ testing has done far more harm than good," says British Psychologist Ken Richardson, author of Understanding Intelligence. “And it's time we moved beyond the ideologically corruptible mechanical model of IQ to a far deeper and wider appreciation of intelligence.”

Construct validity, or the degree to which any test can be said to measure the construct it proclaims, is one of the largest issues with using IQ as a scientific measure. According to Richardson, IQ’s construct validity doesn't exist: “Not in the sense used in biomedical and other scientific measures, or knowing what differences on the 'inside' are being truly reflected in the scores on the 'outside.' That's because there is little agreed-on theory of what happens on the 'inside.’”

As discussed in a 2019 review, published in the Journal of Applied Research in Memory and Cognition, what’s commonly touted as “general intelligence” is instead little more than a statistical artifact resulting from the same brain regions being activated for similar tasks on an IQ test.

On the other hand, one of the things IQ is most famous for is the shape of its score distribution. When the scores of a group of test-takers are put on a graph, they generally follow a bell-shaped curve — what’s known as the normal distribution. It’s commonly said that IQ naturally falls this way, thus spelling proof that it’s a legitimate construct. However, it’s actually artificially constructed to have an average of 100 and a standard deviation of 15.

There’s also the issue of the correlational validity of IQ. A common argument in favor of IQ is that it correlates highly with other constructs, such as socioeconomic status, thus proving its validity. However, this falls apart under further scrutiny. The large-scale correlation between IQ and socioeconomic status could also be said to represent the unaccounted-for influence of income and wealth upon one’s testing conditions, for example.

Likewise, Richardson and his colleagues have revealed that job performance, one of the most well-regarded correlations in intelligence testing, is empirically suspect. “The correlations wash out over time, and there is little if any correlation with later job performance or other indices of success,” he says.

In fact, the link between job performance and IQ is extremely fragile — quite a bit of the research this link rests upon is decades old and composed of a wide variety of tests that aren’t easily comparable. The job performance measures that many such studies rely upon are themselves very flawed, adds Richardson, lacking standard reliability and validity to determine that an objective criterion of job performance is being measured.

And there’s a further biological case to be made against IQ’s methodological soundness; the degree to which IQ may have a genetic foundation has been widely criticized. Work conducted by behavioral geneticists primarily rests upon twin studies (which assess the degree of similarity between identical and fraternal twins in relationship to a given trait) and genome-wide association studies (GWAS), which survey the whole genome to find specific genes that could be linked to a given trait at hand.

Both of these measures, however, suffer from methodological issues. Psychologist Jay Joseph, in his book The Trouble With Twin Studies, writes in-depth about how twin studies rest upon assumptions of equivalent raising environments for twins and non-twins — an assumption that often fails.

And according to Richardson, GWAS often have numerous environmental confounds hidden beneath the surface. Researchers frequently fall prey to the false assumption that they’ve corrected them while using measures that hold additional confounds in and of themselves. What this research often shows, as opposed to a direct genetic link, is another way in which social inequality gets inherited: through societal and environmental measures.

Further, the measures rest strongly upon the measure of heritability, something noted for being based on outdated models that don’t account for recent genetic findings such as epigenetics, the study of how your environment causes changes in your genes. “I'm not sure it rests on any genetic foundation at all,” says Kevin Bird, who recently earned his Ph.D. from Michigan State University and has focused on how IQ helps to promote scientific racism.

“The main thing they've found for the last several decades is that there is a correlation between similarity of IQ scores and genetic relatedness, but that tells you almost nothing,” says Bird.

IQ as a measure that seemingly holds many issues, owing to its lack of construct validity, the flawed genetics research behind it, and its problematic correlations. Thanks to the work of a few scientists, we’re beginning to understand the extent to which its flaws prevail.