This Equation Calculates the Chances We Live in a Computer Simulation

And scuttles any possibility that we might ever escape. 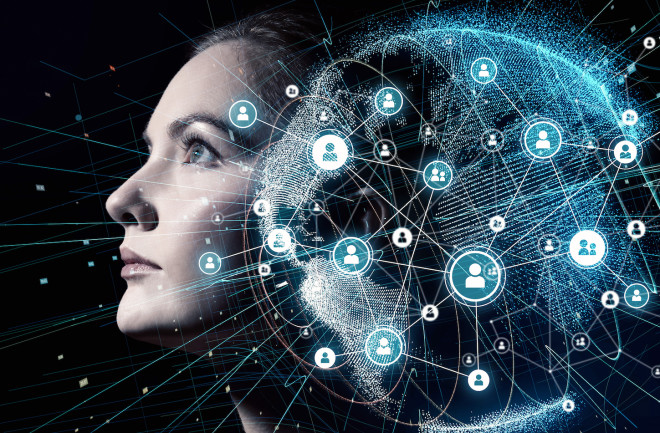 The Drake equation is one of the more famous reckonings in science. It calculates the likelihood that we are not alone in the universe by estimating the number of other intelligent civilizations in our galaxy that might exist now.

Nevertheless, the Drake equation allows scientists to place important bounds on the numbers of intelligent civilizations that might be out there.

However, there is another sense in which humanity could be linked with an alien intelligence — our world may just be a simulation inside a massively powerful supercomputer run by such a species. Indeed, various scientists, philosophers and visionaries have said that the probability of such a scenario could be close to one. In other words, we probably are living in a simulation.

The accuracy of these claims is somewhat controversial. So a better way to determine the probability that we live in a simulation would be much appreciated.

Enter Alexandre Bibeau-Delisle and Gilles Brassard at the University of Montreal in Canada. These researchers have derived a Drake-like equation that calculates the chances that we live in a computer simulation. And the results throw up some counterintuitive ideas that are likely to change the way we think about simulations, how we might determine whether we are in one and whether we could ever escape.

Bibeau-Delisle and Brassard begin with a fundamental estimate of the computing power available to create a simulation. They say, for example, that a kilogram of matter, fully exploited for computation, could perform 10^50 operations per second.

By comparison, the human brain, which is also kilogram-sized, performs up to 10^16 operations per second. “It may thus be possible for a single computer the mass of a human brain to simulate the real-time evolution of 1.4 × 10^25 virtual brains,” they say.

In our society, a significant number of computers already simulate entire civilizations, in games such as Civilization VI, Hearts of Iron IV, Humankind and so on. So it may be reasonable to assume that in a sufficiently advanced civilization, individuals will be able to run games that simulate societies like ours, populated with sentient conscious beings.

So an interesting question is this: of all the sentient beings in existence, what fraction are likely to be simulations? To derive the answer, Bibeau-Delisle and Brassard start with the total number of real sentient beings NRe, multiply that by the fraction with access to the necessary computing power fCiv; multiply this by the fraction of that power that is devoted to simulating consciousness fDed (because these beings are likely to be using their computer for other purposes, too); and then multiply this by the number of brains they could simulate Rcal.

The resulting equation is this, where fSim is the fraction of simulated brains:

Here RCal is the huge number of brains that fully exploited matter should be able to simulate.

The sheer size of this number, ~10^25, pushes Bibeau-Delisle and Brassard toward an inescapable conclusion. “It is mathematically inescapable from [the above] equation and the colossal scale of RCal that fSim ≈ 1 unless fCiv fDed ≈ 0,” they say.

So there are two possible outcomes. Either we live in a simulation or a vanishingly small proportion of advanced computing power is devoted to simulating brains.

It’s not hard to imagine why the second option might be true. “A society of beings similar to us (but with a much greater technological development) could indeed decide it is not very ethical to simulate beings with enough precision to make them conscious while fooling them and keeping them cut off from the real world,” say Bibeau-Delisle and Brassard.

Another possibility is that advanced civilizations never get to the stage where their technology is powerful enough to perform these kinds of computations. Perhaps they destroy themselves through war or disease or climate change long before then. There is no way of knowing.

But suppose we are in a simulation. Bibeau-Delisle and Brassard ask whether we might escape while somehow hiding our intentions from our overlords. They assume that the simulating technology will be quantum in nature. “If quantum phenomena are as difficult to compute on classical systems as we believe them to be, a simulation containing our world would most probably run on quantum computing power,” they say.

This raises the possibility that it may be possible to detect our alien overlords since they cannot measure the quantum nature of our world without revealing their presence. Quantum cryptography uses the same principle; indeed, Brassard is one of the pioneers of this technology.

That would seem to make it possible for us to make encrypted plans that are hidden from the overlords, such as secretly transferring ourselves into our own simulations.

However, the overlords have a way to foil this. All they need to do is to rewire their simulation to make it look as if we are able to hide information, even though they are aware of it all the time. “If the simulators are particularly angry at our attempted escape, they could also send us to a simulated hell, in which case we would at least have the confirmation we were truly living inside a simulation and our paranoia was not unjustified...,” conclude Bibeau-Delisle and Brassard, with their tongues firmly in their cheeks.

In that sense, we are the ultimate laboratory guinea pigs: forever trapped and forever fooled by the evil genius of our omnipotent masters.

Time for another game of Civilization VI.

Ref: Probability and Consequences of Living Inside a Computer Simulation. arxiv.org/abs/2008.09275