This Day In Science Fiction History: The Birth of Blinkenlights 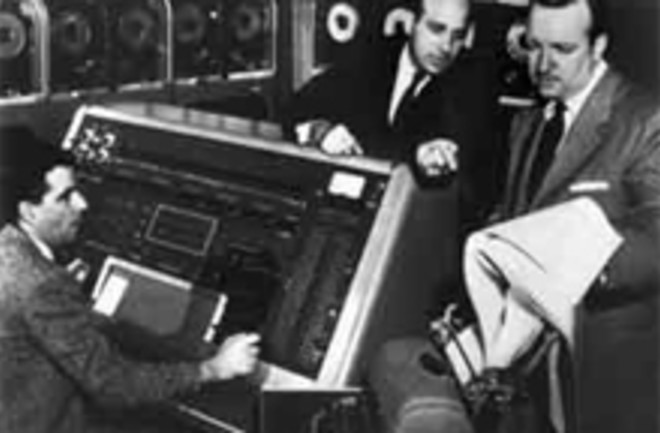 On this day in 1951, Univac 1, the world's first commercial computer was delivered to the United States Census Bureau. Until the microcomputer revolution in the 1980s, the Univac 1 provided the archetype for the general public's idea of what a computer looked like—big, brooding, complicated, and covered in countless flashing lights. Later generations of hackers called these lights "blinkenlights." Blinkenlights once came in handy, by letting engineers see the state of various subsystems as the computer worked in real time--and letting visitors know that here was a big powerful computer. Blinkenlights have turned up in countless movies, lurking in the lairs of James Bond villains, or heralding the destruction of mankind in movies like Colossus and Wargames. In general, computers have long since become too fast for blinkenlight displays to be of much use in debugging problems, but both movie makers and computer enthusiasts have had a hard time letting go of these iconic symbols of computer power—the Jurassic Park movie is a classic example their combined efforts, where a Connection Machine supercomputer ripples with red LED blinkenlights. The Connection Machine used tens of thousands of processors working in parallel, and ostensibly the red lights were used to check on the status of processors and run various diagnostics, but everyone in the business knew the lights were really just there to look awesome.