There's Nothing Squirrely about a Squirrel's Memory for Puzzles 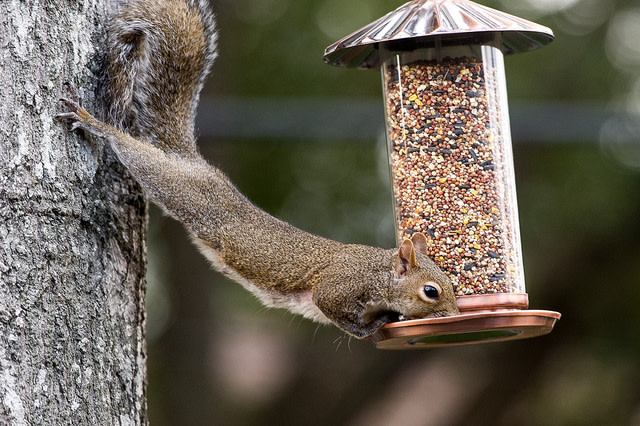 While you're writing down yet another password on the notepad hidden in your desk drawer, a squirrel is retrieving nuts it buried months earlier. It's no secret these animals have good memories. But they don't only remember where they stuck stuff: squirrels can remember how to solve a puzzle almost two years after they last saw it. And they can use that knowledge to tackle a problem they haven't seen before. In a lab at the University of Exeter, Pizza Ka Yee Chow studies gray squirrels. She tested their problem-solving skills using a specially built puzzle box for a study published in 2016. The box was a Plexiglas cube with 10 levers running through it and sticking out of holes on either side. Half the levers were baited with a hazelnut. If a squirrel pushed or pulled on the correct end of a baited lever, the nut would fall out. 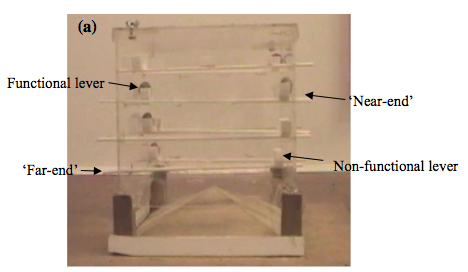 That study was about behavioral traits that made squirrels successful at solving the puzzle. But it wouldn't be the last time the lab animals saw the hazelnut box. "I planned to test squirrels' memory regarding their problem-solving skills when I created the first experiment," Chow says. She just wasn't sure when. Some other studies have given animals puzzles they did in the past to test their memories. Lions were able to solve a puzzle box seven months after they'd last seen it; goats completed a challenge 10 months after learning it. Studies of squirrels have shown that they can find their caches a year after burying them. But Chow wanted to try something longer. Working with the schedules of undergraduate students who'd be helping, Chow planned the second study for 22 months after the first. Five squirrels participated (Arnold, Leonard, Sarah, Simon and Suzy, since you asked). The researchers introduced the baited puzzle box to each squirrel, just like before, and watched what happened. In the original study, squirrels had taken about eight seconds to solve the puzzle the first time they saw it. By the final trial, they could solve the puzzle in about two seconds. Now, seeing the box for the first time in almost two years, the squirrels could get a hazelnut out in about three seconds. This suggested that "the squirrels remembered the task almost perfectly," Chow and her coauthors write. After a dozen trials, they had it down to two seconds. Next, the researchers gave the squirrels a new puzzle box. It looked different than the old one—it was a triangular prism rather than a cube, for one thing. But it had the same hazelnut-baited levers. The researchers knew the squirrels viewed this as a brand-new object because they approached it cautiously. Yet they could get a nut out within about two seconds—the same as the final trial with the previous puzzle box. This suggested that the squirrels could generalize what they'd learned from the first task and apply it to the second one. "Although we know squirrels have good spatial memory for the caches," Chow says, "we were surprised" to see the squirrels recalling a puzzle's solution 22 months later. Next, Chow plans to leave the laboratory and test the recall of wild squirrels. Maybe they can double as her field assistants.