There's an Evolutionary Advantage to Blushing

The heat in your cheeks might stem from feeling uncomfortable, but the look does you a favor in the long run. 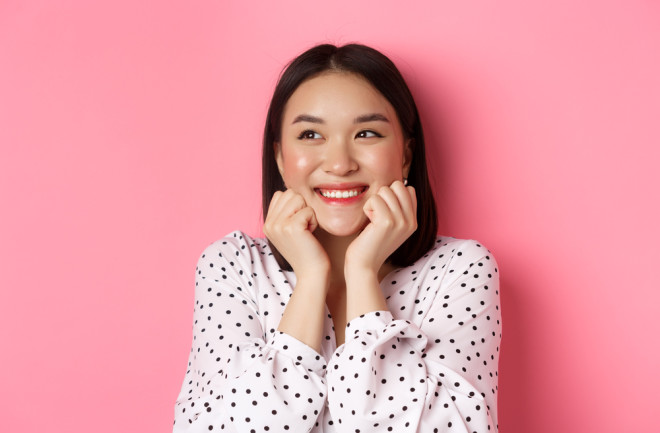 The moment you say something embarrassing, you feel it coming — the heat rising in your cheeks, neck and even ears. You’re blushing, and you probably feel awkward. And if you notice someone else noticing you blushing, that could make you get even hotter.

This miserable feedback cycle is also somewhat of a physiological mystery. Somehow, embarrassment or shame sends a message through our nervous and circulatory systems that the blood vessels in our faces should dilate and make us look red. What all the elements are in our bodies that trigger this result aren’t exactly clear, and it’s not always clear exactly why it happens.

“There is of, course, no one theory that explains all instances of blushing, and the consequences of blushing may vary depending on the person and the situation,” writes Milica Nikolić, a developmental psychopathologist at the University of Amsterdam, via email. But researchers who have investigated the roots of the flushing phenomenon think the explanation lies somewhere in our need for others to like us.

Even our earliest human ancestors probably wanted people to like — and therefore work — with them. From an evolutionary perspective, humans benefit from collaborating, says Chris Thorstenson, a psychologist at the Rochester Institute of Technology. Collaboration requires trust. If trust is broken, riffs might be mended when someone shows they regret their actions. Blushing might signal authenticity the way other mannerisms can’t. When someone apologizes, Thorstenson points out, they can mimic the facial expressions we associate with embarrassment. But blushing happens involuntarily. “It is incredibly hard (if not impossible) to consciously make yourself blush,” Thorstenson writes via email. “It is also just as hard to make yourself stop blushing if you wanted to.”

If blushing drives home the sincerity of our apologies, then in theory, people should perceive blushers as more genuine and be more inclined to forgive them. Thorstenson and his colleagues set out to test this idea. In their study, the team gave research participants short vignettes — a situation where someone is caught telling a lie and is embarrassed, for example — along with photos of the supposed culprits. In some cases, the study participants saw a blushing and a non-blushing face and had to decide which one was more embarrassing. Other times, the participants saw either face at a time and had to evaluate how embarrassed they thought each one was. The researchers repeated the questions with other scenarios that asked about perceived sincerity of apologies or the participants' likeliness of forgiving the people for transgressions.

Participants said the blushing faces were more sincere, embarrassed or likely to earn  forgiveness when the faces were side by side, and when shown individually, the blushing faces got higher scores on all three metrics. And when the researchers ran similar tests where the photos were of people showing other physical signs of their emotions like frowns or downcast eyes, blushing had the same effect: It ramped up the participants’ sense of the person’s sincerity and the likelihood of forgiveness, even when the person looked angry.

What A Flush Says For Us

When we want to apologize or be forgiven, we show that we care about what other people think of us. And even when someone hasn’t made a mistake, blushing can communicate a lot of the same feelings, says Nikolić. “I would say that we blush because we become aware of others' attention, and we worry that we will make a negative impression.”

Nikolić studies the reasons people might feel social anxiety, or more generally, when people are concerned that others are judging them. In some of their work, Nikolić and her colleagues have found that kids old enough to develop a sense that others are watching and potentially judging them might blush if they find themselves, say, talking to strangers or singing on stage. Kids might interpret the discomfort and heat in their faces as a sign they should dodge those situations in the future, Nikolić says.

A child already feeling some social anxieties is also more likely to blush when lavished with praise. In this case, Nikolić and her colleagues concluded, the flushed cheeks are almost a kind of apology in advance: A kid might not think they’re worthy of the praise and might already feel sorry for when they inevitably let down someone else’s high expectations.

It’s possible that when someone blushes at times other people don’t expect it, viewers judge in exactly the way the red-faced person fears. Nikolić has noticed in her work that when people blush for a long time, it can get awkward for the person watching, particularly if they don’t see or understand whatever triggered the embarrassment. On the other hand, a slight, fast flush can endear us to others. "In my opinion, blushing communicates that we care about social norms and others' opinions of us," Nikolić says. And really, when someone gives away how much they want you to like them, that flattery might be hard to resist.