The World's Most Problematic Videogames 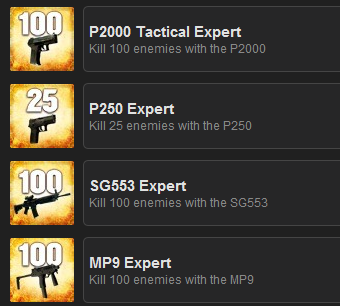 Some people certainly play an awful lot of games, and therefore have little of a life outside of them; but that doesn't in itself mean that games are harming them. Maybe that's just how they prefer to live. Maybe games are just filling a void that would otherwise be occupied by something else. However, some people do report suffering problems as a result of their gaming and wishing they could cut down on it. Such self-declared problematic use is surely of some concern. Now, a survey has examined the factors associated with problematic gaming, and the results are rather interesting. The study examined a representative sample of the US population aged 18 and over. 37% of respondents played games for at least 1 hour per week; those who did were asked detailed questions about the games they played, and how much they played them. One of the questionnaires they completed was a measure of 'problem' gaming, the PVGPQ - which is closely based on an earlier one about alcohol. It includes such questions as: "I have tried to control, cut back or stop playing, or play over a longer period than I intended" and "In order to play games I have skipped classes or work, lied, stolen, or had an argument or a fight with someone." So what did this show? One interesting result was that certain game genres were associated with problematic use: first-person shooters topped the list, and roleplaying games (RPGs) - including both the single-player and the massively-multiplayer variety (MMORPGs) - were also correlated with problems. This fits with a widespread impression among gamers (and others) that both MMORPGs such as World of Warcraft, and online shooters like Call of Duty and Counterstrike, attract obsessive players. Gambling games were associated with problematic use, but less so. Perhaps this is because such games have, over the past few years, adopted a system of progression and achievements; these essentially reward players for the sheer amount of playtime, rather than skill. In the old days, a game might require a lot of practice in order to get good enough to complete it, but they didn't incentivize playtime per se. However, this might not be the whole explanation, because single player RPGs were associated with problem use as well, and these don't tend to have the same reward structure. The survey sheds light on many other aspects of the gaming market as well. Here's just some of these fun facts:

Among video gamers age 18 and older, those reporting past-year use of many genres had mean ages between 30 and 35, with MMORPG, FPS, rhythm, RPG having the youngest audiences. Gambling and board/card games had mean player ages in the 50’s, with puzzle games close behind. Women gravitated toward puzzle games, board/card games, platformers, and interactive sports-general games (predominantly interactive fitness or casual (non-simulation) sports games on the Nintendo Wii). Conventional sports games, role-playing games, shooters, and real-time strategy gamers showed extremely low female participation by comparison. The highest affinity among white participants was for role-playing and strategy games; among Blacks, for gambling and sports games; and among Latino gamers for platformers.