The Two Problems With Science

This concern is a good thing. There are serious, systemic problems with modern science as I andmany others have long argued. However, I worry that much of the recent discussion has failed to distinguish between two fundamentally distinct problems. On the one hand, we have outright fraud - i.e. making up data, or otherwise lying, breaking the basic rules of science. On the other hand we have questionable practices such as: publication bias, p-value fishing, the File Drawer, sample size peeking, post-hoc storytelling, and all of the other dark arts that can lead to false positive science. These are permissible, even encouraged, by the current rules of doing and publishing science. These two problems are similar in some ways - they're both "bad science", they both lead to failures to replicate, etc. - but in underlying essence they're very different, so much so that I'm not sure they can be usefully discussed in the same breath. Fraud and questionable practices are different in terms of their harms. Fraud is a more serious act and it causes local harm, introducing major errors into the record. But in terms of its overall effects, I believe questionable practices are worse, as they systematically distort science: ensuring that, in some cases, it is difficult to publish anything but errors. Fraud and questionable practices call for different solutions. Broadly speaking, fraudsters break the rules, so to stop them we need to enforce those rules, via deterrence, detection, and punishment - like with any criminal act. With questionable practices, it's the opposite: here the problem is the rules (or the lack of them), and the solution is toreform the system. It's been suggested that fraud and questionable practices share a common cause in the "pressure to publish", the "publishing environment", the "culture" of modern science etc. But while this is a good explanation for questionable practices, I don't think this can explain fraud, any more than, say, the desire for money can explain theft. Yes, thieves desire money, and yes they steal in order to get money, but everyone else wants money as well, yet most of us don't steal, so that's not an explanation. Frauds fake data to produce publications. But all scientists are under pressure to produce good publications and they always have been - which is why fraud isnot new - what's changed recently is the criteria for a 'good' publication. Now in retrospect, I blurred these distinctions somewhat with my own 9 Circles of Scientific Hell, in which I placed 6 questionable practices and 2 forms of misconduct on the same scale of "sinfulness". In fact there are two distinct hierarchies. In my defence though, that was a cartoon. I think finance offers a great analogy here. 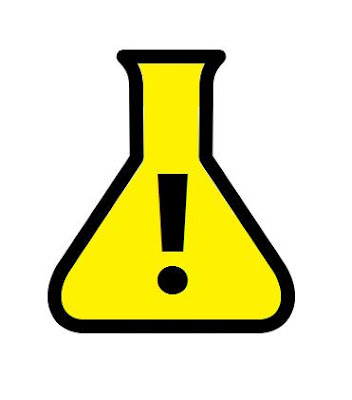 In finance, you have some people who break the rules. Bernie Madoff is the current poster boy for this. Such people harm others by outright criminal acts. But then we have the people who play by the rules, and still cause harm. The global financial crisis was in essence caused by all of the major American banks going all-in on a bet, and losing. Yet no-one broke the rules: the regulations allowedbanks to gamble. The problem was not rule-breaking, but the rules (or lack thereof). Here's the curious thing: the financial crisis did more harm than Madoff's scam, even though what Madoff did - theft by fraud - was more immoral than what the bankers did - gambling unwisely. That's confusing to our ethical sense and our emotions (who should we feel more angry at? Who's 'worse'?) but it's really no surprise: precisely because what the banks did was above board, everyone did it so the damage was huge. If it had been illegal for banks to gamble all their money at once, individual banks might still have broken that rule, locally, but it's unlikely that the system would have been threatened. Maybe you can see where I'm going with this: everyone following bad rules is often worse than individuals breaking good rules. Science has its share of fraud. Hauser, Smeesters, Fujii - they broke good rules against such deceit. They are the Bernie Madoffs of science. But then there's 'questionable practices' like publication bias, p-value fishing, the File Drawer, and all the rest, which are allowed, but which are universally acknowledged to be bad for science. Scientists using these dark arts (and I don't know any who never do) may be the Lehman Brothers of science.