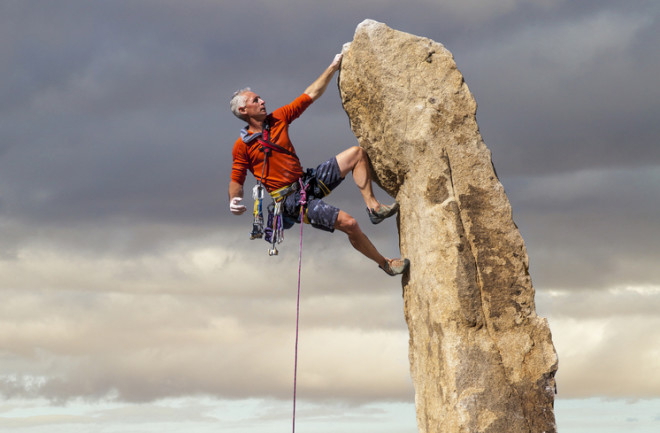 When considering extreme environments it is easy to make assumptions about personality, which on closer examination do not stand up to scrutiny. Take, for example, one of the best-researched personality dimensions: introversion-extraversion. Extraversion as a trait appears in all established psychological models of personality, and there is considerable evidence that it has a biological basis. The concepts of introversion and extraversion long ago escaped the conﬁnes of academic psychology and are widely used in everyday conversation, albeit in ways that do not always reﬂect the psychological deﬁnitions.

Broadly speaking, individuals who score highly on measures of extraversion tend to seek stimulation, whereas those who score low tend to avoid it. When asked to describe a typical extravert, most people tend to think of the lively ‘party animal,’ equating extraversion with a preference for social interactions. However, individuals who score highly for extraversion seek more than just social stimulation: they also tend to gravitate toward other stimulating situations, including active leisure and work pursuits, travel, sex, and even celebrity. Introverts, on the other hand, have a generally lower affinity for stimulation.

They ﬁnd too much stimulation, of whatever type, draining rather than energizing. Contrary to popular belief, introverts are not necessarily shy or fearful about social situations, unless they also score highly on measures of social anxiety and neuroticism.

On this basis, one might assume that extraverts would be drawn to extreme environments, where they could satisfy their desire for stimulating situations, whereas introverts would ﬁnd them unattractive. And yet, extreme environments may also expose people to monotony and solitude — experiences that extraverts would ﬁnd aversive, but which are tolerated or even enjoyed by well-balanced introverts. The point here is that simple assumptions about broad personality traits are unlikely to provide good explanations of why people engage in extreme activities.

It’s All About Those Feels

Another well-researched personality trait that is relevant to extreme environments is sensation-seeking. Marvin Zuckerman, the psychologist who developed the concept, has defined sensation-seeking as ‘the seeking of varied, novel, complex and intense sensations and experiences and the willingness to take physical, social, legal and ﬁnancial risks for the sake of such experiences.’ The trait is measured using a psychometric tool called the Sensation Seeking Scale (SSS).

Each item on the questionnaire requires the respondent to choose between a cautious preference, such as ‘I prefer quiet parties with good conversation,’ and one involving a desire for sensation, such as ‘I like wild and uninhibited parties.’ The SSS is made up of four subscales, each of which is intended to capture one particular dimension of the trait. They are: disinhibition (a desire to seek stimulation through partying, drinking, and sexual variety); thrill and adventure seeking (a desire to engage in risky and adventurous activities and sports that provide unusual sensations); experience seeking (the pursuit of new sensations through music, art, travel, or psychoactive drugs); and boredom susceptibility (an aversion to monotony).

Research has revealed consistent associations between the trait of sensation-seeking and a wide range of risky activities, including dangerous driving, illicit drug use, risky sexual behavior, and criminality, especially among young adults. Individuals with high sensation-seeking scores are empirically more likely to drive aggressively, engage in speeding, violate traffic regulations, drive while drunk, not wear a seatbelt, and (inevitably) have traffic accidents. Other evidence suggests that engaging in reckless sensation-seeking might also be a form of behavioral self-medication, which enables individuals to distract themselves from unpleasant feelings of depression or anxiety.

Anecdotal evidence suggests that at least some of the people who choose extremes do behave in ways that are consistent with a sensation-seeking personality. For instance, it is said of the great polar explorer Sir Ernest Shackleton that he was a showman who ‘drank too much, smoked too much and slept with other men’s wives.’

Sensation-seeking was clearly visible in the behavior of Commander Lionel ‘Buster’ Crabb, a leading military diver of his day. Before World War II, Crabb had a number of exotic jobs, including male model, gunrunner, and spy. When war broke out he volunteered to be a navy bomb disposal diver, despite being a poor swimmer with bad eyesight who hated physical exercise. Crabb was notorious for ignoring safety precautions and being uninterested in how his diving equipment worked. Nonetheless, he became one of the Royal Navy’s greatest combat divers and was awarded the George Medal for repeated acts of extreme bravery. He disappeared under mysterious circumstances in 1956, while reportedly carrying out a secret diving mission on behalf of British Intelligence to inspect a Soviet warship.

‘Buster’ Crabb was a quintessential sensation-seeker, with appetites that included risk-taking adventures, sex, and drugs. He was a chain-smoking heavy drinker with a passion for gambling and women. His ex-wife claimed he had a sexual fetish for rubber, which might have been one of his more exotic motivations for diving. Crabb is said to have worn a pink rubber mackintosh underneath his navy uniform, which made him ‘rustle like a Christmas tree.’

According to the evidence, most people who operate in extreme environments are not big sensation-seekers (and neither are they impulsive). To give one example, researchers who studied the personality characteristics of participants in a hazardous expedition to the North Pole found little evidence of sensation-seeking tendencies. The expedition members did, however, display high levels of self-control and achievement orientation, along with low reactivity to stress. A study of mountaineers found that, although they had higher overall scores on sensation-seeking than a non-climbing control group, the differences were limited to two of the four dimensions of the trait — namely, thrill and adventure seeking, and experience seeking. The climbers did not differ from controls on disinhibition or boredom susceptibility.

The research evidence that individuals who choose extreme environments are not simply sensation-seekers is supported by anecdote and simple logic. Extreme operators such as divers and mountaineers depend for their survival on meticulous preparation, the avoidance of unnecessary risks, and the ability to remain unperturbed by acute peril. Those who do push the limits in search of thrills tend to die. We spoke to one climber who laughed when we mentioned the popular stereotype of climbers as thrill-seekers. “Control freaks, more like,” he told us. “We try to eliminate the thrills, not look for them.” He reminded us of the climber’s adage that “there are old climbers and bold climbers. But there are few old, bold climbers.”

At ﬁrst sight, then, we have a paradox. A desire for sensation would predispose someone to seek out an extreme environment, but the evidence suggests that many of the people who do so are not in fact sensation-seekers. One partial explanation is that extreme activities differ in the rewards they offer. People who are high in the need for sensation may be attracted to some sorts of extreme activities but not others. Some activities, such as skydiving or BASE jumping, offer short bursts of intense sensation, whereas others, such as climbing or diving, offer sensations that are more prolonged but often less intense.

We must also distinguish between the psychological factors that shape someone’s initial choice of activity and the factors that subsequently underpin their sustained engagement in that activity. A sensation-seeker might initially be attracted to an extreme environment, but their ability to survive and thrive there will depend on other qualities. In line with this distinction, research has found that individuals who score high on sensation-seeking tend to engage in a wider range of activities than low sensation-seekers, but for less time. Those for whom sensation is the most attractive aspect may not stay for long, while those who remain and become veteran practitioners are probably motivated by something else.

Another, more prosaic, reason why many of the people who enter extreme environments are not sensation-seekers is that they have been carefully selected from a large pool of applicants, as happens for polar or space missions. Selection processes are generally designed to weed out impulsive risk-takers with the ‘wrong stuff,’ who might jeopardize the mission.