In Part 1 of this post I discussed the first issue of a new scientific journal, the Journal of Reward Deficiency Syndrome (JRDS). JRDS is an unusual publication because one man, Kenneth Blum, was involved in editing, publishing, and writing most of the papers in it. In Part 2 I examined the science of "reward deficiency syndrome" (RDS), Blum's neurobiological theory of addiction. 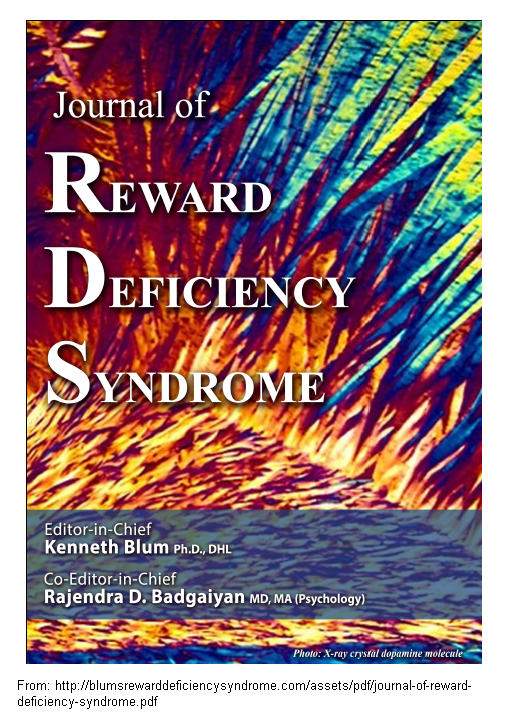 In this post, I'll explore another aspect of the RDS story - the business side. Back in 1990, Blum and colleagues reported that a particular genetic variant, called DRD2 Taq1A, is associated with alcoholism. Shortly thereafter, Blum and some of his coauthors filed a patent for "a method for diagnosing compulsive disease predisposition of an individual" based on testing for Taq1A. This was the first of many RDS-related patents. A few years later, Blum patented the idea of using certain nutritional supplements - blends of amino acids, vitamins and herbal extracts - to treat the condition. These RDS treatments have since been sold under several names by different companies. For instance, there's Synaptamine™ from LavitaRDS, a company based in Utah of which Blum is the Chief Scientific Officer. Synaptamine™ is said to use "patented KB220z Neuroadaptagen technology". The KB in KB220z presumably stands for Kenneth Blum. Another company selling Blum's products is called Victory Nutrition International Inc. (VNI). Now VNI is an interesting organization in its own right: it is a 'network marketing' company. Wikipedia says that network marketing is also known as Multi-Level Marketing (MLM), and that it is:

A marketing strategy in which the sales force is compensated not only for sales they generate, but also for the sales of the other salespeople that they recruit... Companies that use MLM models for compensation have been a frequent subject of criticism and lawsuits. Criticism has focused on their similarity to illegal pyramid schemes...

VNI's elaborate representative rank structure is detailed here. Representatives are rewarded for recruiting "legs" (chains) of other salespeople and selling products down the chain. Hmm. 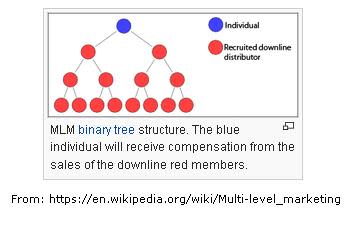 Blum is Chief Science Officer of VNI. VNI sell an RDS product, based on KB220z, called Brain Reward™, although I don't think they sell this via MLM. The network marketing operation is devoted to a different nutritional supplement called Prodovite. Synaptamine™ and Brain Reward™ are just two of the names under which Blum's products are known (or used to be). Others names include such as SynaptaGenX™ and Synaptose™. Is there any evidence that these treatments work? On PubMed, there are nine hits about KB220z, all of which report benefits for treating addiction and so forth - but Blum is an author on every one, and he could have a conflict of interest.

Nutritional supplements aren't the only business venture involving RDS. There are also the conferences, which I'm classing as a business activity on account of how they've been marketed. For instance, a strangely-worded invitation to the "RewardDeficiency Syndrome Summit

" was sent to many neuroscientists lately, myself included:

Dear [my name], Greetings for the day! We are writing this mail with reference to your work on [my recent paper title]... we found your research and area of interest to be highly related to our upcoming conference on Inaugural "RewardDeficiency Syndrome" Summit. [...] We are very anticipative that your presence will add a remarkable impact to the summit and your presentation will be highly appreciated by the organizing committee and participants. Best Regards, Venkata RRK Dasari, PhD for United Scientific Group

I'm not sure how many people they sent this to, but I'm guessing it's a lot, because if you type "united scientific group" into Google, the top completion is "spam". Hmm. The summit, organised by Kenneth Blum and others

$499 - unless they're "interested in" giving a poster presentation, in which it's $599. Prospective oral presenters (speakers) pay $699. Accommodation is extra. I've been to a lot of conferences and I've never known one to charge an extra registration fee for presenters. At some conferences you pay to submit an abstract

to be considered for presentation, but that's a little different: in that case, the decision as to whether an abstract is accepted, and if so whether as a poster or as a more prestigious oral presentation, is made on scientific grounds. Is the RDS summit offering people a chance to "buy" an oral presentation? Perhaps I'm misreading it. Another strange thing is tht although this is described as the "inaugural" RDS summit, there have in fact been several previous conferences with a very similar theme. For instance, 2014 saw the "3rd International Conference and Exhibition on Addiction Research & Therapy", held in Chicago, on the topic of Reward Deficiency Syndrome

Kenneth Blum et al. The 2014 conference was run under the auspices of OMICS group, an open access publisher. OMICS has been described as 'predatory

for $1 billion (sic). The upcoming reward deficiency summit is instead run by United Scientific Group (USG), which was founded by Blum, and has no overt links to OMICS. However, Beall alleges that USG is itself an offshoot of OMICS

. I have been unable to directly confirm this, but it's possible. "Greetings for the day!" is how OMICS open their spam emails

group (or at least he was as of last year). Could RK Dasari be related to the VRRK Dasari who signed the RDS emails?