Neuroscience has revealed that Lady Gaga's song Born This Way is probably about a psychopath. Or something. 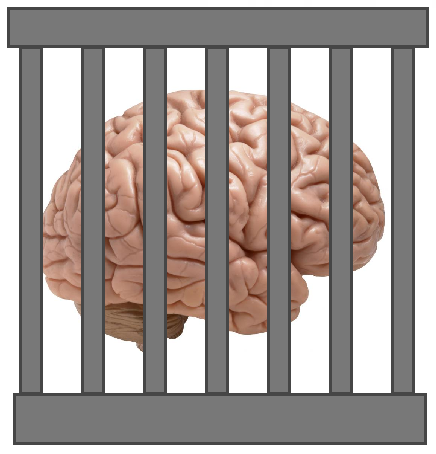 Is this proof evil killers are born not made? Psychopaths' brains 'lack basic wiring that triggers empathy'

Last week the Mail borrowed one of my posts. Well, they can take this one as well. Copy the whole blog. Anything to stop articles like that. What happened was a University of Chicago fMRI study of 80 prisoners measuring their brain activation in response to seeing videos of people getting hurt. Psychopathic convicts showed a different neural response, compared to the nice (by prisoner standards) guys. This is fine, but it doesn't imply anything about hardwiring, or being born not made. The paper doesn't mention those topics, and rightly so because these results tell us nothing about the origin of the differences observed. It seems the source of the biological predeterminism was the University of Chicago press release about this paper, which said 'not neurally equipped...lack the basic neurophysiological “hardwiring”' The misunderstanding here is confusing a functional difference (in brain activation) with a structural difference in brain 'wiring'. Now I've explained what's wrong with this before. And again. And so on. So this time I'm just going to give an analogy: "French researchers have discovered that English people lack the basic wiring that triggers speaking French. The neuroscientists scanned the brains of French and English subjects and showed them paragraphs of text in French. The English brains showed much less activation in the brain's language processing areas, conclusive proof that the English are born not made..."