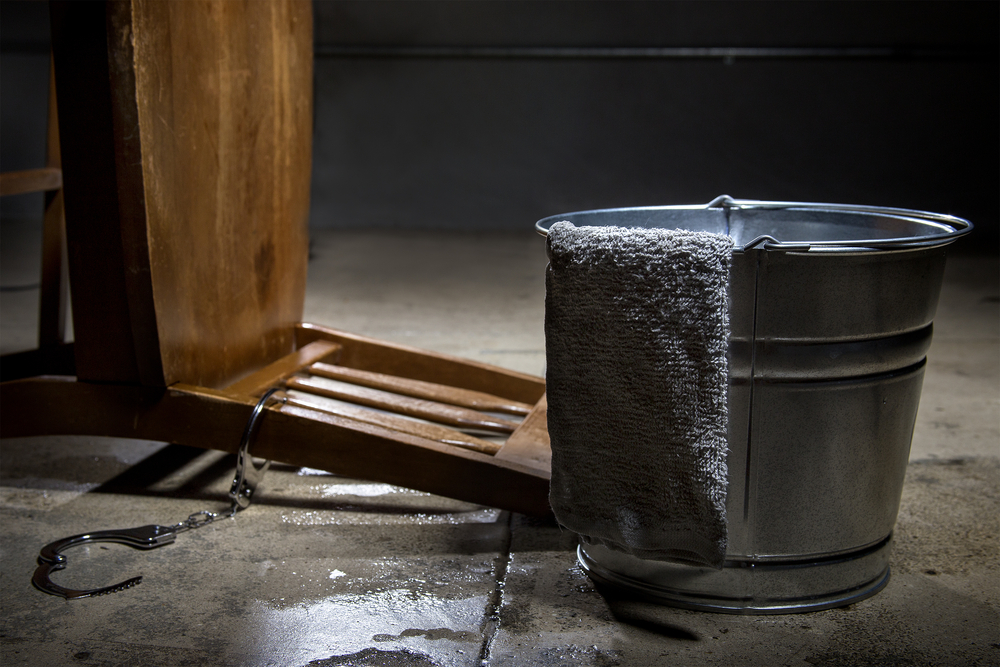 Whether it’s the classic “good cop, bad cop” scenario played out in countless TV dramas or the psychological mind games that make True Detective's Rust Cohle such a chillingly effective detective, interrogators ply their trade with a range of shrewd tricks.

This is to say nothing of the “enhanced interrogation” techniques that caused a controversy in 2009 after documents revealed that CIA had waterboarded, physically abused and humiliated prisoners in the wake of 9/11. After all, it is an international crime.

Enhanced interrogation cropped back into the national discourse this week as President Donald Trump considered ramping up enhanced interrogation techniques and bringing back secret prisons. However, on Friday, Trump said Defense Secretary James Mattis was authorized to override him on torture and intel-gathering methods.

Though such methods may seem effective, research has cast doubt on the veracity of claims made under duress, even during normal interrogations. A confession is the end game to most interrogation sessions, “enhanced” or not, and intelligence researchers and psychologists have dug into what works and what doesn't. Here's a glimpse at what science has to say regarding the efficacy of various interrogation methods.

As with confessions offered in the stressful environment of an interrogation room, the information gained from torture may not necessarily be reliable. As neuroscientist Shane O’Mara writes in a 2009 paper, the more likely scenario is that torture subjects will simply lie to make their torment end. His paper followed the discovery that the CIA had been using techniques such as waterboarding, sleep deprivation and physical abuse to coerce prisoners into divulging information. Their thinking seemed to be seriously misguided, he says, based on the assumption that torture subjects will always tell the truth when under duress — a line of thinking he terms “folk psychology.” In fact, the stress caused by torture is likely to impair regions of the brain associated with memory, according to O’Mara, making it even more likely that subjects will lie or parrot information picked up from their captors. In other words, interrogators may unintentionally plant false memories in their stressed targets. To a prisoner being tortured, the logic is simple — talking makes the torment end — and the cost-benefit analysis of saying something, anything, is easy to work out.

It might be easier to extract a false confession than you think. Investigators needn’t rely on medieval torture methods either — multiple studies have shown that simply accusing someone of a crime and claiming that evidence of their wrongdoing exists is enough to get even innocent people to change their minds. A 1996 study asked participants to type words into a keyboard, but if they hit the Alt key, it would crash. After a minute, the computer crashed of its own accord, and participants were told that they must have been responsible. When pressed, a significant number of people confessed to their imaginary crime, and an even greater number did so when an accomplice claimed that they had seen them do it. Another study from 2005 backed those findings up by showing that participants in a study accused of cheating on a series of logic problems by giving answers to an accomplice offered a false confession almost half of the time when told that their wrongdoing wasn’t that bad, and the interrogator offered to cut them a deal.

The Reid technique is used as a basis for most police interrogations. It was developed over four decades ago by John Reid, a former police officer and polygraph expert. Instead of intimidation and physical threats, the process relies on an initial non-accusatory interview and progresses to a formal interrogation. The technique emphasizes the use of non-verbal cues to assess a suspect’s guilt or innocence, a method that may not work in all situations. The Reid technique has been praised for its success at eliciting confessions from criminals, but has also drawn criticism for seeming to assume that a subject is guilty, which could lead to false confessions. Other hallmarks of the technique, such as offering a rationale for a subject’s actions, minimizing the impact of the crime and presenting false evidence have been shown to increase the rate of false confessions as well.

Be The Nice Guy?

In the hit Amazon show, The Man in the High Castle, Obergruppenführer John Smith is a ruthless enforcer for the Nazi regime, but, counterintuitively, you find yourself actually liking the guy as the show progresses. Perhaps that’s because Smith often resorts to the same intel-gathering tactics used by real-life World War II Nazi interrogator Hanns Scharff, who solicited information with kindness, empathy and hospitality. What? During the war, Scharff interviewed roughly 500 American and British pilots who were highly trained in keeping secrets from the enemy. Rather than slamming fists on a table or resorting to electrodes, Scharff would instead go on strolls with pilots through the countryside, offer them baked goods and strike up friendly conversations. And it paid off, as Eric Horowitz writes in Pacific Standard:

“So when the interrogator erroneously suggested that a chemical shortage was responsible for American tracer bullets leaving white rather than red smoke, the pilot quickly corrected him with the information German commanders sought. No, there was no chemical shortage; the white smoke was supposed to signal to pilots that they would soon be out of ammunition.”

Of the 500 pilots Scharff interviewed, he failed to get the information he desired out of just 20. Not surprisingly, his method—called the Scharff technique—was a point of focus for the FBI’s High-Value Interrogation Group, a task force of federal agents who interrogate high-profile detainees. And the science supports its efficacy. The Scharff method consists of five basic tenets: employ a friendly demeanor, don’t press for information, in place of questions present statements for the captive to either prove or disprove, ignore new information, and—most importantly—pretend you’re a know-it-all. To test its efficacy, researchers in 2016 interviewed participants who were given mock plans for a terrorist attack and asked about the details. In a series of three experiments, they used the Scharff method with some of the plotters, and the direct approach—pointed questions—with others. The Scharff method technique yielded more “new information and led sources to underestimate how much new information they revealed.” The technique also left plotters confused about the motives of the interrogators, keeping them off balance. These findings were reflected in results from similar studies conducted in 2013 and 2014.