The Science Behind an Itch

Scientists finally find the neurons that produce the sensation of itch. 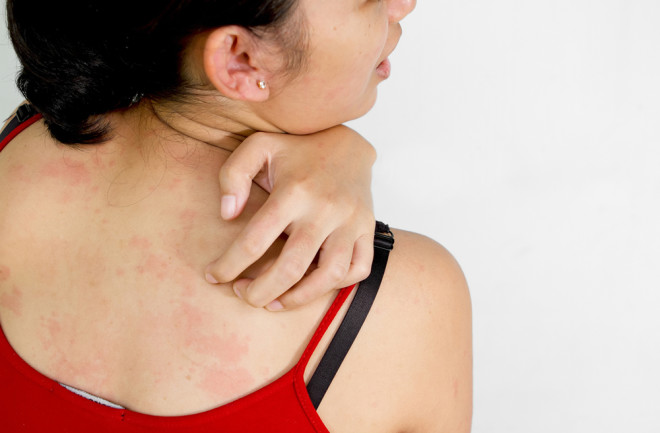 Until recently, scientists trying to understand why we itch had barely scratched the surface. In the past few years, studies have shown that the sensation of itch, once believed to be just a milder version of pain, actually involves its own neural circuitry. However, what triggers the cascade of biological responses that results in the maddening sensation has remained, for the most part, a mystery.

Specialized neurons that produce the chemical Nppb are responsible for triggering itch, at least in mice. The chemical has no effect on other types of sensation. | Mark Hoon and Santosh Mishra/NIDCR, NIH

But in May, molecular geneticists Santosh Mishra and Mark Hoon of the National Institute of Dental and Craniofacial Research in Bethesda, Md., reported they had found specialized neurons that produce a chemical, called Nppb, that sets off the body’s itch response. Mice that were genetically altered to lack Nppb or in which the receptor for the chemical was damaged were impervious to itch-inducing chemicals — but still sensed pain and heat.

According to Hoon, identifying the neurons that act as “specialized gatekeepers” for this system may eventually lead to drugs that offer relief for people suffering from psoriasis, eczema and other difficult-to-treat forms of chronic itch.

[This article originally appeared in print as "Itching for Answers."]