Essentially, it comes down to status and those tiny gifts that keep you coming back for more. 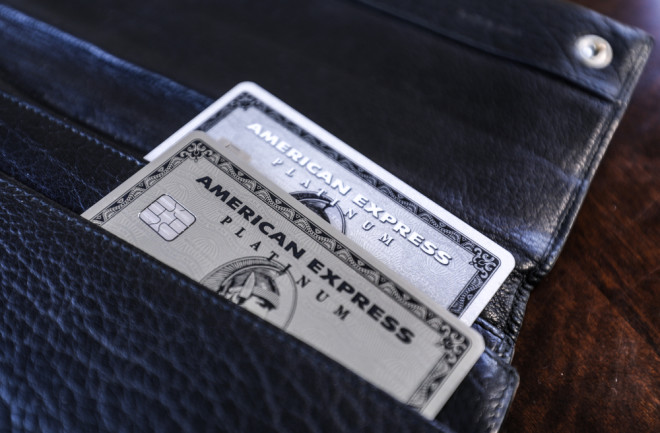 If the urge to punch the final hole in your coffee shop rewards card has you rerouting your walks, you’ve fallen for a loyalty program.

The drive to reach a small “gift” — a free latte, a seat upgrade on a flight — is why businesses offer rewards programs in the first place. Luring people into coming back repeatedly means a company can bank on returning customers, and we like those tiny achievements. “We are often trying to reach goals. And if they’re complementary to what we carry out in day to day life, they become attainable,” says Vijay Viswanathan, a marketing researcher at Northwestern University. At least, that’s the classic philosophy behind our love of loyalty programs. But over the years, it’s become clear that we like rewards not just because of the gifts themselves, but because of who gets to see us receive them.

Eyes On the Prize

Companies have an ideal customer in mind: It’s the person who repeatedly buys items with a high profit margin, Viswanathan says. Rewards programs do the work of locking in the “repeat” part of the perfect shopper. It’s less expensive to have buyers that come back than it is to recruit and tempt new ones, Viswanathan says, and helps businesses build an idea of what future revenue will look like when there’s a stable of returning shoppers.

How the program tempts you depends on how easy it is to switch to competing services, says Mark Vandenbosch, a retired marketing researcher at Western University in Canada. For example, bouncing around between gas station companies is as simple as pulling into a different parking lot on your way home. To convince you to seek out their brand every time you drive, gas stations offer programs that try to build a habit — small rewards offered regularly. Credit card companies, however, are slightly harder to go between. “Once I choose one over the other, I’m a little invested,” Vandenbosch says. Switching banking information can be a pain. Rewards programs offer huge incentives during the first few months, convincing people to stick it out and reach the phase where leaving the card sounds like a hassle.

In either situation, the rewards are achievable — and we respond just the way companies want us to. Since the 1930s, behavior researchers have discussed the observation that the closer an animal (or a human) is to a reward, the harder or faster we work to reach it. And in 2006, marketing researchers from Columbia and Fordham Universities in New York put the idea to the test with loyalty programs.

The team gave study participants in a cafe with rewards cards and tracked how long it took shoppers to get all ten punches for a free coffee, as well as how much time passed between each visit. After each punch, the time it took for the customer to come back and get another one dropped. Overall, shoppers filled their card 16 percent faster than they would have if the gap between each coffee was as long as it was between the first and second cups.

Even the illusion of progress on the “free coffee” goal had people return faster. In one set up, the researchers posed as employees and gave shoppers one of two kinds of rewards cards: One that was empty with 10 spaces to fill, or one with 12 total spaces where two were already punched. Each group had to get 10 punches for their reward. But those with the two already completed finished the card in just under 13 days, while those with the empty 10-punch card filled it in nearly 16.

That potential rewards make us buy more — and faster — has become a classic rationale for businesses starting loyalty programs. And in his research, Viswanathan has found the systems, particularly those with different tiers of membership, have another attraction. “Social comparisons become a pretty important driver for people to join loyalty programs,” Viswanathan says. People pursue soft rewards, which are things without financial benefit like a so-called “platinum status” or priority treatment, because it makes them feel special or because other people see them being treated differently.

And brands want those high-spending customers to show off the perks. “​​Why would I give a high lifetime value customer the status? So that they can talk about the program,” Viswanathan says. As friends, coworkers and family see someone get special treatment, they too are tempted to join the rewards system and get the same status — a result companies are looking for. Someone with the time, funds and dedication to rise through loyalty ranks probably knows other people who would behave similarly and are people the company wants as customers, Viswanathan says. The love of status shows how rewards programs can fail, too. If higher tiers or gifts are too easy to reach, the value gets diluted, Viswanathan says. People don’t feel special for reaching those upgrades anymore, and look for something more exclusive.

Another piece of information that might burst your rewards program bubble: Most companies that offer them have models that are similar to their competitors. Over time, businesses have found that constantly undercutting one another and offering more “rewarding” programs is only a race to the bottom, Vandenbosch says. The perks and gifts cost the company, and if the scenario gets too competitive, could dent profits instead of boost them.

So rest assured that no matter which program you pick, they’re all similar and have the same aims. And know that your barista didn’t punch two holes in your new rewards card because they were being nice.