As everyone knows, Roseanne Barr posted a racist tweet. She claimed that the sleeping medication Ambien affected her behavior, but her show got cancelled anyway. 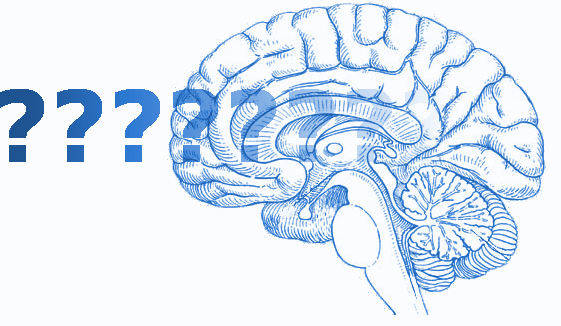 Now, I think this scandal raises some surprisingly interesting philosophical questions about moral responsibility and the nature of self-control. What follows is a dialogue between two hypothetical speakers exploring some of these questions. To be clear, this is a post about philosophy, not about Roseanne. I don't know or care if she really took any Ambien or what her views on race are.

. It doesn't put racist thoughts in your head. She came up with that tweet all on her own." ANNE: "But what if the Ambien affected her judgment, her ability to inhibit impulses? Sure, the idea of writing that tweet didn't come from the drug, but maybe if she hadn't been on Ambien, she'd have thought better of it. So, while Ambien didn't put the racism in her head, maybe it caused it to come out." ROSE: "Well, that doesn't change anything. The racism came from within her, so she is still responsible for it, and deserved to lose her show." ANNE: "Perhaps, but she didn't lose her show for being a racist; she lost her show for a specific action, the tweet. There are surely others out there who dream up worst tweets than hers, but who never post them. Is it fair to punish Roseanne, and not the others, just because she took Ambien, and they didn't?" ROSE: "It would be fairer to punish all of them, but that doesn't mean Roseanne should get away with it." ANNE: "So people should be punished just for thinking of doing bad things, even if they never do them? Have you ever thought about breaking the law or saying something terrible?" ROSE: "Yes, but I'd never do it." ANNE: "Maybe you would, if you took an Ambien." ROSE: "I don't like where this is going. According to your logic, shouldn't we excuse people who do or say bad things when drunk, on the grounds that alcohol is what made them lose control? Should we forgive drunk drivers?" ANNE: "No, because people freely choose to drink. Unless someone's drink gets spiked, that person is responsible for getting drunk. With Ambien, it's different, because it's a medication taken for health reasons - at least when used as prescribed. So the Ambien Defence is stronger than the Alcohol Defence because the choice to drink is freer." ROSE: "Hmm, well then, what about the Personality Defence?" ANNE: "What's that?" ROSE: "Some people are more reckless and impulsive than others. This is their personality, based on genes and environment

, neither of which people get to choose. Some people, so to speak, are born on Ambien. Can we blame them for failing to suppress their impulses?" ANNE: "I see. You're saying that if the Ambien Defence works, the Personality Defence must also work?" ROSE: "The Personality Defence is even stronger. Most people would say that we have much more choice over whether to take a pill, than we do over our own nature." ANNE: "But if we follow that argument, how can we be held responsible for anything - our thoughts, or our actions? Our genes and environment determine both." ROSE: "Perhaps moral responsibility itself is an illusion. Determinism is a harsh philosophy but we must accept it." ANNE: "Hang on, three minutes ago, you were the one saying that Roseanne was responsible for her own racism, and now you're denying that responsibility exists! Isn't that a bit inconsistent?" ROSE: "Yes, but don't blame me - that's just who I am."