This is a guest post adapted from the article "Paleontology: The Biology of the Future" by Corinne Myers published in American Paleontologist Fall 2010. This post composed as part of the NSF Science: Becoming the Messenger workshop, Lawrence KS January 27, 2011

Let’s start with the present: global environmental change is a reality. This includes climate change, fragmentation and destruction of habitats, and human-caused movement of species all over the world.

What this means in the present is that over 1000 species have gone extinct in the past 150 years – species like the dodo bird, the passenger pigeon, and the Thylacine, the world’s only marsupial wolf. 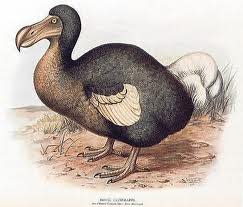 More species are increasingly endangered or threatened. And we’re not just talking about the sexy species - the miniature elephants and giant non-flying birds. This massive wave of extinction – what is increasingly being called a “biodiversity crisis” and “6[[Export Error -- Unsupported HTML: <sup>th</sup>.]] Mass Extinction” –  will over time include more and more species important for synthesizing new medicines and vaccines, growing better and more parasite-resistant crops, improving water quality and standards of living.

But what does this mean for the future? Who knows?! Modern biological studies of the effects of changing environment on the Earth’s species at most span 10-30 years. Yet the average species lives 3-10 million years! It’s no wonder that using these data to create accurate predictive future models have proven challenging. 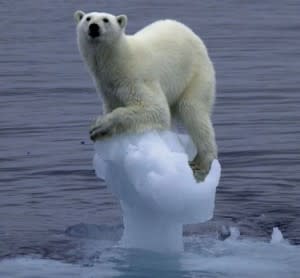 NOBODY wants a picture book to be the only place their kids see a polar bear, a tiger, a white shark, or a blue whale.

But how do we come up with reasonable, economically and socially feasible solutions for a problem we can’t fully understand in the present? We need more information.

Luckily, there’s an easy place to go for just that – predictive information for how species fair in the face of change – and that place is the fossil record.

The fossil record contains over 550 million years of history illustrating how species responded to changing climate, habitat loss/degradation, and invasion from other species. This is a natural laboratory for figuring out why and which species are likely to succumb to extinction.

We need to make use of this wealth of historical data to better understand our present and help us mitigate the impacts of these changes on our future.

Paleontology may be the study of extinct species – but let’s not allow paleontology to become the biology of the future; and prevent humans from going the way of the dodo bird.