The Myth of "Darwin's Body-Snatchers"

Did Charles Darwin's thirst for skulls contribute to the near-extinction of the Aboriginal Tasmanian people? 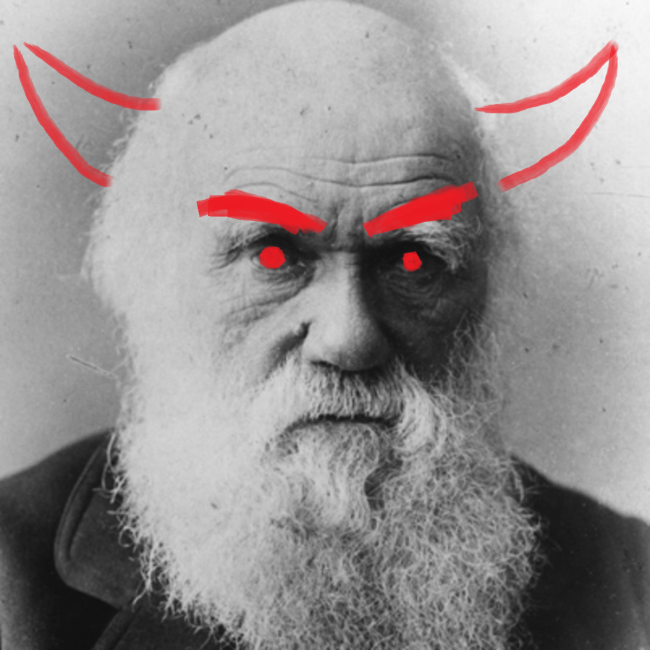 If you believe certain creationists, Darwin sought examples of Tasmanian skulls in order to prove that this unfortunate race was a 'missing link' between humans and apes. However, according to John van Wyhe in a new paper called Darwin's body-snatchers?, this story has zero basis in fact.

As a Darwin scholar, I thought I had heard all the myths concerning Charles Darwin but one of my students surprised me with one that was new to me. She had been debating evolution with a Christian creationist friend who told her that Darwin was partly responsible for the extermination of the Aboriginal Tasmanian people! This startling claim had the apparent sheen of credibility because it was accompanied by a purported quotation from a letter by Darwin. Could this be true?

The "letter", however, turns out to be quoted only in the form of a single word. Creationist Carl Wieland wrote in a 1992 article that"Darwin wrote asking for Tasmanian skulls when only four full-blooded Tasmanian Aborigines were left alive, provided his request would not ‘upset’ their feelings." van Wyhe notes that this claim, along with the 'upset' quote, has since been repeated by various creationists (e.g.), despite the fact that there's no evidence that Darwin ever wrote such a letter:

Darwin did not collect human skulls and gave them no more attention than any other anatomical feature in his discussion of humans in the Descent of man (1871, vol. 1, pp. 146–8) and elsewhere... Darwin's only relevant discussion of Tasmanians occurs in the second edition of his Descent of man (1874). Skulls or other anatomical features are not discussed, but rather the conditions that might explain the decrease of the Tasmanian population... He quoted with approval one authority who argued that it was the attempt to ‘civilise’ them rather than allowing them to be free that caused their deaths. But, what about the purported letter...? I wrote to the staff at the Darwin Correspondence Project. They had no record of any such letter. Moreover, they found no trace of any Darwin letter requesting human skulls. Indeed, the most relevant letter they did find was one by Darwin writing to the Australian zoologist J.L.G. Krefft in which Darwin remarked ‘I have never attended much to skulls.’

So where did the myth of the letter come from? van Wyhe traces its origin to a 1991 article by an Australian journalist, David Monaghan, called The Body-Snatchers, based on a 1990 TV documentary. Monaghan claimed (wrongly) that the founder of evolutionary theory "positioned the Australians as crucial proof of his theories… as a possible evolutionary link between man and ape". He went on to say that "Darwin himself" wrote a letter asking for Tasmanian skulls, a letter that was "found in a Hobart archive in the mid-1970s." As the 1991 article is the first reference to the letter, van Wyhe wrote to Monaghan to ask for more details. However, he didn't provide any:

[Monaghan] kindly replied that, to the best he could recollect, the letters were not by Darwin himself. It is hard to know how to reconcile this with the article which claimed that ‘Darwin himself wrote’. In fact, there are no Darwin letters or manuscripts of any kind in any archive in Tasmania.