The Mystery Of Lincoln's Last Days 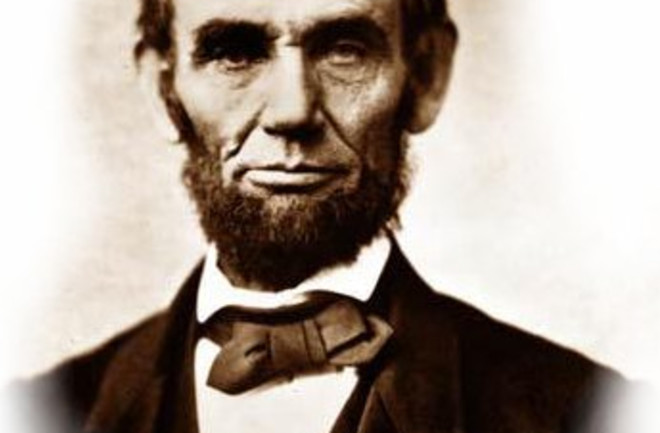 We all know how Abraham Lincoln died in 1865, but what about the way he lived during the final years of his life?  Just maybe the 16th president suffered from a rare genetic disorder called multiple endocrine neoplasia type 2B.

Dr. John Sotos–author of ‘The Physical Lincoln‘ and a consultant on the TV series ‘House‘–would like to run DNA analysis of the president’s blood.  He believes Lincoln was already dying, before the assassination, from cancer.

Why such speculation?  According to Sotos, Lincoln expressed the classic profile for this rare genetic syndrome which includes long limbs, bumps on the lips, and constipation.  During the final year of his presidency, we also know that Lincoln lost a lot of weight and complained of being tired constantly.  Sotos suggests that if the president had the disorder, “cancer would inevitably exist” given his age.  Further, the three of his sons who died young also had bumpy lips, while Robert–who lived to 82–did not.  Over at CNN.com:

“He probably knew something was horribly wrong. If Lincoln was dying, certainly he recognized it because he was a smart and observant man … but [because of the military implications] he would not have told a soul.”

Interesting theory, but unfortunately, it that won’t be tested anytime soon.  Just this week, the board of the Grand Army of the Republic Museum and Library denied Sotos’ request for a 3/8″ x 5″ inch fragment of blood-stained threads from the pillow on Lincoln’s deathbed for fear it would damage the historic relic.  Hence, we have to wait on conclusive evidence.

Yet it raise some intriguing questions.  Sotos points out Lincoln’s attitude toward the South was quite forgiving. If the president was indeed suffering from cancer and knew he didn’t have much time, might that have influenced how he conducted his presidency during the war?  What do readers make of the possibility?