The Melded Minds of Best Friends 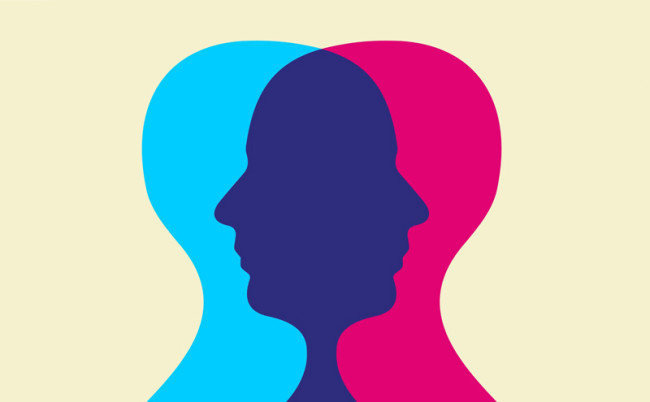 Good friends like to think they're on the same wavelength. They aren't wrong. Besties laugh at the same jokes, like the same movies and hate the same people. And underlying all these likes and dislikes, close friends also share strikingly similar neural activity while thinking about them. Researchers at Dartmouth College analyzed brain scans of close friends and found that their brains tend to respond to the world in similar ways. As a next step, researchers want to see if it's possible to predict who will become friends with whom based solely on brain activity.

“I think we all have the intuition that friends see the world the same way, although it hasn’t been demonstrated,” says Thalia Wheatley, senior author on the study and an associate professor of psychological and brain sciences at Dartmouth. To throw some data at intuition, Wheatley and her colleagues needed an ample supply of BFFs and more distant acquaintances for their study. She found it in the well-mapped social connections of 280 Dartmouth graduate students. “We’re all in Hanover, New Hampshire, which is pretty isolated. And this graduate program within Dartmouth happens also to be isolated in that they live together, they study together, they take classes together, they socialize together. So it was this nicely constrained social network,” says Wheatley. “We knew if we could map out their social network—who’s friends with whom—we would pretty much be able to capture the information we needed to make claims about friendship.” Researchers asked students to identify all possible friends, friends of friends, and friends of friends of friends from their roster of 280 students. Reciprocated ties (both students identified each other as friends) were then mapped while unreciprocated ties were discarded. From there, friendships were translated to degrees of separation in the social network. Wheatley said that if they were dong this in a larger city where people belong to a wide variety of communities, it would be more difficult to clearly discern friendship hierarchies and social network positions.

Friends of a Feather Flock Together

To observe the connections between social network proximity and neural similarity, students were shown a wide range of videos. Some of these were classic comedies; others were dry, British humor. A variety of political videos, science videos and music videos were also thrown into the mix. Upon exposure, their neural activities were recorded with an fMRI scanner. “We found that the further you go out in the network, at least up to three degrees of separation, then the less similar you are in terms of the way you see the world,” Wheatley reported. In fact, the relationship between neural similarity and distance in network was linear for the first three degrees of separation, showing that affiliations are linked together by gradients of likeness. Wheatley was surprised that overlapping neural activity was so widespread among closer connections in the network. Brain areas involved in attention allocation, emotional response and high-level reasoning were significantly associated with social network proximity, an indication that friends are “exceptionally similar in how they attend to, interpret, and emotionally react to their surroundings,” Wheatley and colleagues postulated in their paper, which was published Tuesday in Nature Communications. This is the first time a finding has been cemented in physical data rather than social speculation. Previous studies attempting to piece together friendships by assessing mostly physical traits and demographic variables tended to be incomplete or inconsistent. Currently in the works is a follow-up study designed to reverse engineer the process. By switching around the chronology of events, and having subjects watch these videos before they know each other, Wheatley and colleagues want to see if they can predict who will become friends. There are, of course, many facets that influence and complicate human friendships, which make them difficult to define and categorize. People who are close friends may not respond to everything similarly. There are also times where similarities to people we consider friends can bring ire. Parallels in upbringing, education and background can play a role in shaping our experiences and perceptions as well. “What people are going to want to know, but we don’t know yet is, is our finding due to the fact that people naturally gravitate toward people who are more similar, or is it when we’re thrown together with someone and we have a lot of shared experiences, our brains become more similar over time,” said Wheatley. But this study wasn’t designed to figure out what makes people similar, Wheatley stated. It was a proof-of-concept study, used to demonstrate that technology can enable them to ask these questions. “We can see that neural responses are more similar among friends, and now we get to ask the next set of questions: Why is that so?” And that’s very exciting.