The Mafia Was Wrong: You Can't Quickly Dissolve a Body in Acid 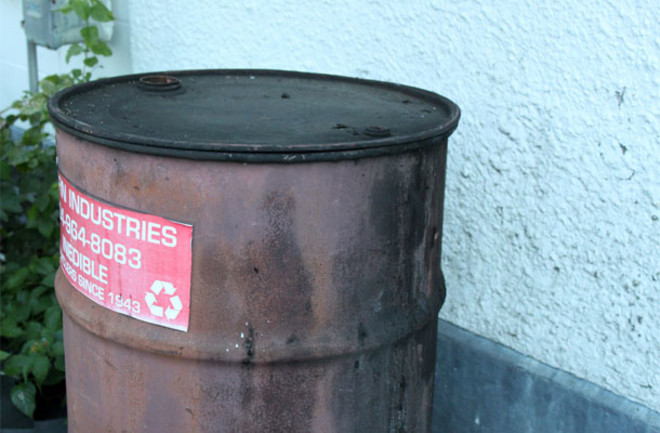 It’s a sad day for aspiring kingpins and Mafia godfathers–it turns out that you can’t dissolve a corpse within minutes by dunking it in sulfuric acid. If that’s not bad enough, scientists have also shown that even if you wait days, acid alone cannot fully destroy “the evidence.”

This Mafia technique of disintegrating human flesh is known as a “white shotgun” (or “lupara bianca”) murder, a term that entered public parlance in the early 1980s when police in Palermo, Sicily, discovered vats of acid in a Mafia boss’s digs. The crime leader, Filippo Marchese, had his goons kill their victims and dissolve the bodies in a room known as “the chamber of death.” But violent people tend to meet violent deaths, and Marchese was himself dissolved in acid sometime in 1982.

At this week’s meeting of the American Academy of Forensic Sciences, researchers explained that they wanted to find out whether the Mafia’s claims about sulfuric acid’s extraordinary effectiveness were true. As the forensic researchers told Science News, Mafia informants make some big claims, such as: “We put the people in acid. In 15, 20 minutes they were no more — they became a liquid.”

So to test this idea, the scientists placed pieces of pig carcasses into vats of sulfuric acid, and discovered that it took several days to dissolve the flesh. However, they did notice a difference when they added water to the sulfuric acid: In this case, it took a mere 12 hours for the muscle and cartilage to disintegrate. And by day two, even the bones had turned into dust. But according to Science News, the researchers say their results still put the lie to Mafia accounts.

“[I]t is impossible that they completely destroyed a corpse with acid,” said study coauthor Massimo Grillo of the University of Palermo in Italy.

Naysayers may suggest that the research is flawed because the scientists used a pig corpse in place of a human body–but pigs are widely used as replacements for human flesh in scientific experiments. And even though the Mafia seems to have overstated its claims about acid’s abilities, the scientists do give them some credit. From Science News:

“[T]hey are smarter than some Georgia criminals,” said Michael Heninger, an associate medical examiner in Fulton County, where Atlanta is located. “People think they will destroy a body, but they’ll do things that preserve it. These guys are more experienced,” he said of the Palermo killings.