The Jewish Diaspora: not an empire of the mind 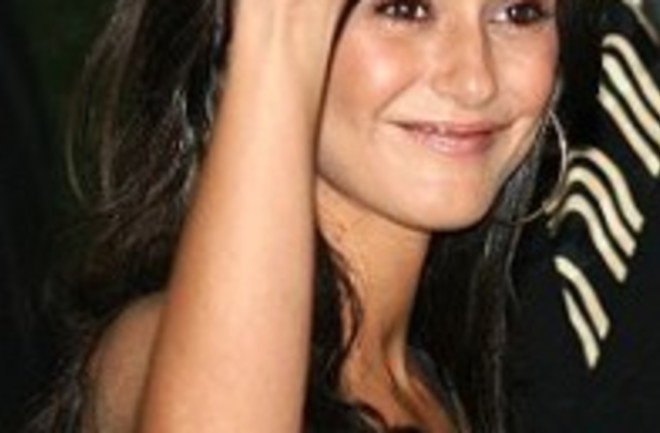 In light of the previous post you know that I was going to post on the new paper in PNAS, North African Jewish and non-Jewish populations form distinctive, orthogonal clusters. Additionally, the press people at Albert Einstein did reach out to me. That doesn't mean I'll blog a paper, but it does mean that I'll give it an extra look. If the authors or people associated with the paper care to have their work publicized, and reach out to humble bloggers, then that's all good in my book. Also, I suppose over the past two years I've become a locus of "Jewnetics" commentary.

In some ways this is the Golden Age of Jewnetics, though we are approaching the epoch of silver. There has to be diminishing marginal returns at some point, and I think the 2010 papers which I reviewed earlier really established the broad outlines of the scientific genealogy of the Jewish people. But just because the broad outlines are established doesn't mean that there isn't something to say on specific aspects which haven't been deeply explored. Some of the commentary on this weblog around the 2010 papers revolved in great deal on the origins of the Jews of North Africa.

The question is simple: how much of the ancestry of the Jews of North Africa derives from the original Jews of antiquity who settled this region, how much derives from indigenous peoples of North Africa, and now much derives from the Sephardic migration out of Iberia ~500 years ago? To recap, one of the major historical processes affecting the Mediterranean Jewry after 1500 was the expansion of a network of Spanish Jews who were expelled from their homeland (unless they converted to Christianity) to the southern and eastern shores of the Mediterranean (with some going to Italy and Western Europe). This resulted in the development of a "Sephardic international," which was overlain upon an indigenous Jewish substrate which preceded the migrants. So, for example in Greece and Syria there are historically attested differences between the Sephardic Jews who arrived after 1500 and the Jewish communities which preceded them. The same was true of North Africa. But a major complication within this picture is that by and large culturally the Sephardic Jews won. The Sephardic identity superseded and absorbed that of most Jewish communities which had long standing roots in a particular region (e.g., Romaniotes).

In the case of North Africa there are myths which are promoted by some because of legends about Berber tribes which were Judaized. Though there is legitimate academic skepticism about the Jewish identity of Kahina, the Berber queen, it does stand to reason that if the Jewish communities of North Africa date back to Roman antiquity they would possibly have some indigenous ancestry (as well as Latin and Punic). The extent of this ancestry would be a function of the demographic, as opposed to cultural, influence of the Sephardic Jewry.

So what does the paper say? First, I have to admit that the prose in this paper is very difficult to follow. Perhaps this was a function of the collaborative nature of the project, as well as revisions which were included. But it seems to me that the authors squeezed verbal descriptions of statistic after statistic, when it might have been better placed in the supplements. I am not innocent of Jewish history or genetics, and I found it difficult to understand the relevance of particular sentences on many occasions. Second, there are basic errors in the non-genetic aspects which I need to highlight. First, a small one: Isolation began for Jews when Roman Emperor Constantine converted to Christianity and made it the state religion of the Roman Empire. In the process, Jews were deprived of their right to convert pagans or accept proselytes. Constantine did not make Christianity the state religion. Rather, he extended official toleration of the religion, and subsequently favored it, just as late 3rd century Emperors patronized the cult of Sol Invictus. Though they were not pagans, the sons of Constantine still acceded to the request of pagan notables and took upon symbolic title as priests of the ancient Roman religion, as well as allowing for the continuation of the subsidies to the temples. The Christianization of the Empire was a gradual process which occurred in stages between the early 4th and early 5th centuries. It is perhaps somewhat accurate to state that Theodosius the Great did make Christianity the official state religion around 400, through his explicit (albeit more symbolic) bans on pagan sacrifices, and tacit approval of the erasure of public paganism by violent Christian radicals (e.g., the destruction of the Serapeum)). Additionally, I do not believe it is correct to state that Jews could not recruit pagans. I know for example that prominent 6th century Neoplatonists had Samaritan origins, indicating that religious movement between non-Christian groups was still occurring without consequence two centuries after Constantine.

Secondly, there is a rather confusing and large error within the text which should have been caught by someone: The first evidence for Jews in North Africa is from 312 Before Common Era when King Ptolemy Lagi of Egypt settled Jews in the cities of Cyrenaica in current-day Tunisia. Cyrenaica is not in current day Tunisia, but eastern Libya. This may seem like an obscure historical point, but it shouldn't be too obscure because the divide between eastern and western Libya has been in the news a great deal over the past year (of possible relevance to this paper, Cyrenaica was actually part of the Eastern Roman Empire, while Tripolitania and the Maghreb were part of the Western Roman Empire; culturally one was part of the Greek world while the other was Latin).

As for the genetics, you can see many of the non-supplemental figures over at Dienekes'. I have to say that I appreciate that they did IBD analysis, but the charts are a little hard to extract information from because the differences are so small beyond the few inbred groups. The various clustering algorithms did not tell us much we didn't know. North African Jews by and large cluster with other Sephardic Jews, who form a clade with Ashkenazi Jews, against Middle Eastern Jews. There is evidence of European admixture in the Sephardic Jews, and this seems evident in North African populations which are presumably a synthesis of Sephardic and non-Sephardic ancestry (long IBD tracts indicative of recent admixture are elevated for European ancestry, suggestive of events in the Iberian peninsula before expulsion). One model which I suggest may be that long term differential fertility may have resulted in the diminishing of non-Sephardic ancestry in contemporary populations, even if the original numbers in the decades after the expulsion from Spain were at parity. Using Basque, Palestinian, and Tunisian reference populations the authors did not seem to discern greatly elevated Maghrebi admixture from what I can gather as a function of geography for the Jews. The main qualm I have is that the Tunisian population in their data is highly inbred. I suspect this may reduce the Maghrebi fraction below what it "should" be. A major issue with comparison with the North Africa data that they have is that many of these have substantial African admixture, or may not be representative of the broader populations of the Maghreb. This is certainly true for the Tunisian Berbers, who are highly inbred, and the Mozabites, who were selected for their isolation. Western Sahara and Southern Morocco also were samples which I think are marginal in the broader Maghrebi landscape. I paid most attention to the Northern Morocco sample, since it was neither highly inbred, nor geographically marginal or isolated.

This is a paper where the supplements are worth reading. The authors were as clear in their methods (i.e., easy to replicate) as they were confusing in their digest of the results. There is also a fuller review of the IBD section, which I think is a major value-add here over PCA and STRUCTURE. The authors observe that Yemeni Jews share elevated IBD with other Jewish populations, suggesting more than an indigenous proselyte origin for this community. That being said I think we need to be careful about our priors and how they shape our interpretation of the data. For example, jump to table 1 of the supplements and you see a relatively high IBD between the North Italian sample and the Jewish populations. If you didn't know that Northern Italians (I believe this sample is from Bergamo) weren't Jewish, you might wonder if they were Jewish! This sort of association is why I think that neighbor-joining trees aren't telling us much that's useful. These trees collapse a few thousand years of complex admixture process into one visual summary. I'm not sure that the complexity is fully unpacked, even in this paper. So there will almost certainly be follow ups, because I don't think that it answered without a doubt the central questions posed by the existence of the North African Jewry.

The genetic origins of Jews are complex enough that broad sketches leave a lot to be desired in explaining specific narrow historical-demographic questions. A Silver Age of genetics in this area is upon us. But I do hope that in the near future we'll also start to do the same thing with other groups. There is more to this world than Jewnetics. Zack Ajmal has a large collection of Brahmins from various parts of India in his data set now. Wouldn't it be interesting to see their relationships IBD?