The Inaccuracy of National Character Stereotypes

Are Germans dour, Brits reserved, and Americans brash? Popular wisdom says yes - and, even if most people would take these stereotypes with a pinch of salt, few of us could claim to be immune to them. But what does the evidence say? 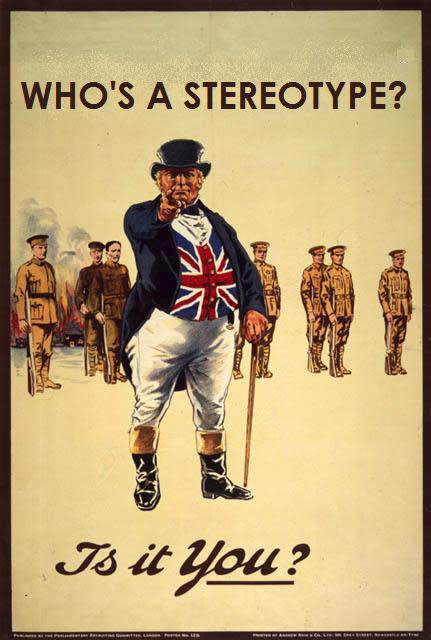 An international team of psychologists led by Robert McCrae says that it's bunk: The Inaccuracy of National Character Stereotypes To measure perceived national character, citizens of 26 countries were asked to rate the personality of 'typical' people from their culture. To see how accurate these stereotypes were, McCrae et al compared them to published survey data on the personality of individuals from those countries (self-report and also observer-report). All of these measures used the Big Five factor model of personality, or "OCEAN", where the main dimensions are: Openness, Conscientiousness, Extroversion, Agreeableness, and Neuroticism. McCrae et al also examined the facets or subcomponents of each of those traits. The results showed that people held strong national personality stereotypes, but they were inaccurate. The correlations between stereotype personality and actual average personality were low. For example, the stereotypes were compared against three different personality surveys, and looking at the Big Five OCEAN traits gave a total of 15 comparisons. Of these, only three were significantly positive. The mean correlation was a measly r = 0.134. For the 'facets' of personality, the picture was much the same. Out of 30 facets, the only one that was significantly correlated across all 3 comparisons was 'vulnerability'. Does vulnerability feature in many national stereotypes? Looking at individual countries, the only stereotypes that significantly corresponded with reality across more than one comparison were those from France and Hong Kong. Across all countries and comparisons, 13 of 65 comparisons were significant. Overall, the data suggest that there is something in the theory of national character - there were more correlations than you'd expect by chance alone - but not much. At least as far as the Big Five traits are concerned. The authors conclude that their data

Yield faithful representations of shared beliefs about national character. However, consistent with most previous literature, the accuracy of these beliefs appeared to be extremely limited... People appear to have a fairly good grasp of real age and sex differences in personality, but a largely illusory understanding of national differences.

In the Discussion they pour further scorn on the idea:

National stereotypes often make no geographical sense: judging by stereotypes, Canadians are far more like Indians than they are like Americans; Chinese from Hong Kong resemble Hungarians more than they resemble Chinese from the Mainland... Stereotypes of interpersonal warmth are closely related to annual temperature, which appears to be an effect of metaphoric thinking (1)... although Northern Italians constitute half the population of Italy, the stereotype of Northern Italians is virtually the mirror image of Italians in general.