The Humans With Super Human Vision

An unknown number of women may perceive  millions of colors invisible to the rest of us. One British scientist is trying to track them down and understand their extraordinary power of sight. 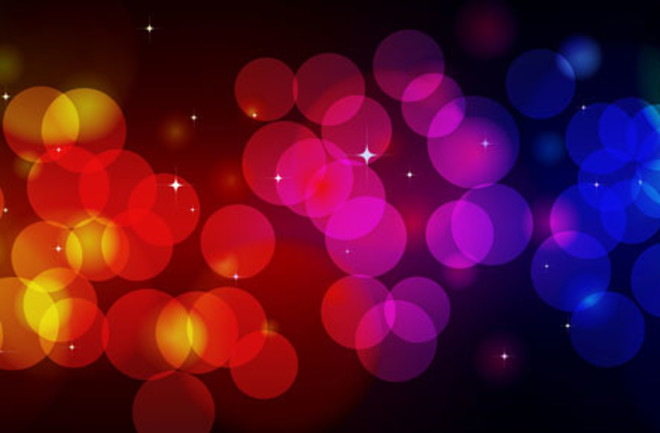 An average human, utterly unremarkable in every way, can perceive a million different colors. Vermilion, puce, cerulean, periwinkle, chartreuse — we have thousands of words for them, but mere language can never capture our extraordinary range of hues. Our powers of color vision derive from cells in our eyes called cones, three types in all, each triggered by different wavelengths of light. Every moment our eyes are open, those three flavors of cone fire off messages to the brain. The brain then combines the signals to produce the sensation we call color.

Vision is complex, but the calculus of color is strangely simple: Each cone confers the ability to distinguish around a hundred shades, so the total number of combinations is at least 100^3, or a million. Take one cone away — go from being what scientists call a trichromat to a dichromat — and the number of possible combinations drops a factor of 100, to 10,000. Almost all other mammals, including dogs and New World monkeys, are dichromats. The richness of the world we see is rivaled only by that of birds and some insects, which also perceive the ultraviolet part of the spectrum.

Researchers suspect, though, that some people see even more. Living among us are people with four cones, who might experience a range of colors invisible to the rest. It’s possible these so-called tetrachromats see a hundred million colors, with each familiar hue fracturing into a hundred more subtle shades for which there are no names, no paint swatches. And because perceiving color is a personal experience, they would have no way of knowing they see far beyond what we consider the limits of human vision.

Over the course of two decades, Newcastle University neuroscientist Gabriele Jordan and her colleagues have been searching for people endowed with this super-vision. Two years ago, Jordan finally found one. A doctor living in northern England, referred to only as cDa29 in the literature, is the first tetrachromat known to science. She is almost surely not the last.

The first hint that tetrachromats might exist came in a 1948 paper on color blindness. Dutch scientist HL de Vries was studying the eyes of color-blind men, who, along with two normal cones, possess a mutant cone that is less sensitive to either green or red, making it difficult for them to distinguish the two colors. He tested their vision by having them perform a basic matching task. Twiddling the dials on a lab instrument back and forth, the men had to mix red and green light so that the result, to their eyes, matched a standard shade of yellow. To compensate for their difficulty in discerning hues, color-blind men need to add more green or red than normal trichromats to make a match.

Out of curiosity, De Vries tested the daughters of one subject and observed that even though they were not color-blind — they seemed to distinguish red and green as well as anyone — they needed more red in their test light than normal people to make the match precise. If the women weren’t color-blind, what was going on?

Pondering the situation, De Vries thought he saw an explanation. Color blindness ran in families, affecting men but not women. While color-blind men had two normal cones and one mutant cone, De Vries knew that the mothers and daughters of color-blind men had the mutant cone and three normal cones — a total of four separate cones in their eyes. He suspected the extra cone could be why the women perceived color differently — not because they saw less than most people but because they saw more. He speculated that such women might be using the fourth cone to distinguish more colors than a trichromat, but he buried this insight on the last page of the paper. De Vries never wrote about four-coned women again.

In the 1980s neuroscientist John Mollon of Cambridge University, then Jordan’s adviser there, was studying color vision in monkeys and became interested in De Vries’s note on tetrachromacy. Mollon and Jordan realized that since color blindness is common, four-coned women must be as well. Jordan estimates they make up as many as 12 percent of women. To find if tetrachromats were hidden in this group, the researchers sought out the mothers of color-blind sons and had them take matching tests similar to the one used by De Vries, but with a twist. If they were true tetrachromats, they would never be able to make a satisfactory match, because they would be able to sense color gradations beyond those available on the test.

No luck: Mollon and Jordan found that women with four cones could consistently make a match on the tests. Jordan began to have doubts. Perhaps the fourth cone was not active. Perhaps super-vision was not real. In 2007 Jordan, now at Newcastle, returned to testing using a new method. Sitting in a dark room, peering into a lab device, women saw three colored circles flash before their eyes. To a trichromat, they all looked the same. To a tetrachromat, though, one would stand out. That circle was not a pure color but a subtle mixture of red and green light randomly generated by a computer. Only a tetrachromat would be able to perceive the difference, thanks to the extra shades made visible by her fourth cone.

Jordan gave the test to 25 women who all had a fourth cone. One woman, code named cDa29, got every single question correct. “I was jumping up and down,” Jordan says. She had finally found her tetrachromat.

What would it be like to see through cDa29’s eyes? Unfortunately, she cannot describe how her color vision compares with ours, any more than we can describe to a dichromatic person what red looks like. “This private perception is what everybody is curious about,” Jordan says. “I would love to see that.” Jordan’s next challenge is discovering why cDa29 is different from the other women she tested. “We now know tetrachromacy exists,” Jordan says. “But we don’t know what allows someone to become functionally tetrachromatic, when most four-coned women aren’t.” Jay Neitz, a vision researcher at the University of Washington, thinks that potential tetrachromats may need practice to awaken their abilities. “Most of the things that we see as colored are manufactured by people who are trying to make colors that work for trichromats,” he says. “It could be that our whole world is tuned to the world of the trichromat.” He also suspects the natural world may not have enough variation in color for the brain to learn to use a fourth cone. Tetrachromats might never need to draw on their full capacity. They may be trapped in a world tailored to creatures with lesser powers. Perhaps if these women regularly visited a lab where they had to learn — really learn — to tell extremely subtle shades apart, they would awaken in themselves the latent abilities of their fourth cone. Then they could begin to see things they had never tried to see before, a kaleidoscope of colors beyond our imagining.