The Human Brain Can Recognize 5,000 Faces 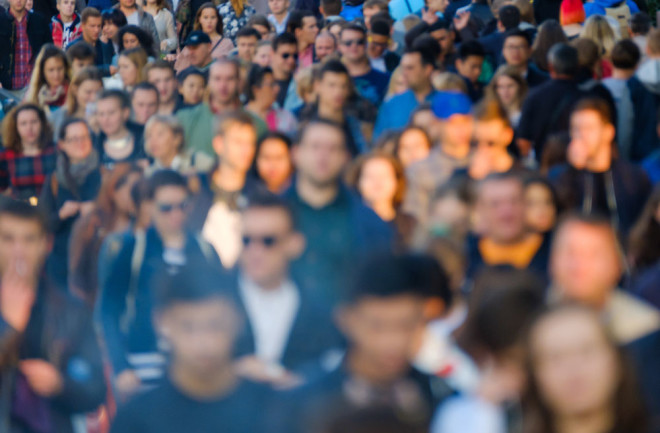 (Credit: Anton Gvozdikov/shutterstock) We see countless people everyday — in stores, in the gym, on television and during our commutes. But how many faces can we actually recognize? For the first time, a paper, published Wednesday (Oct. 10) in the Proceedings of the Royal Society B, has an answer: 5,000, more or less. That’s quite a jump from our evolutionary past. After all, the social circle of our foraging ancestors hovered around 100 to 250, meaning that’s how many faces they needed to recognize to get on with their lives and distinguish between friend and foe. But nature sometimes overflows the water glass. “It seems whatever mental apparatus that allows us to differentiate dozens of people, also allows us to differentiate thousands of people,” says Rob Jenkins, a psychologist at the University of York in England and lead author of the study.

The York research team tested 25 students at two universities in Scotland. At multiple sessions, the students wrote down a list of the people they were able to recognize in their everyday lives. The lists included family, friends, commuters, neighbors, casual acquaintances and so on. The range of recognition was between 167 and 524, not too far off from our foraging ancestors. The average was 362 recognizable faces. That number ratcheted up when researchers asked participants to write down people they recognized in the media, including politicians, celebrities, athletes, musicians and more. Finally, realizing that memory is fickle, researchers showed students photos of famous people to prod their recollection. This cast an even wider net of knowable faces. After crunching all the data, they found that the students recognized between 1,000 and 10,000 faces, with the average being 5,000.

The team’s findings have practical applications, says Jenkins. Many security companies are developing facial recognition software. “A better understanding of familiar face recognition in humans should inform better modeling of that process in machines,” he says. Also, since 24 was the average age of study participants, the question arises whether older adults are better or worse at face recognition. This could be an area of future study. “People are not born knowing 5,000 faces, so presumably there’s some rapid expansion early on,” says Jenkins. “But we have no idea how that stabilizes or if it keeps increasing throughout life.