Get your earplugs ready because this post is metal. Last week, a group of neuroscientists published a paper reporting altered brain activity in heavy metal lovers.

The paper raised a few eyebrows, not least for its statement that metal fans show “disorders of behavioral and emotional cognition.“ It’s already attracted some convincing critical comments on PubPeer. To my mind, the paper is a perfect example of a flawed neuroimaging study.

Some differences between the metal- and classical-loving brains were found, e.g. as shown in this image (the color doesn’t seem to have come out properly): 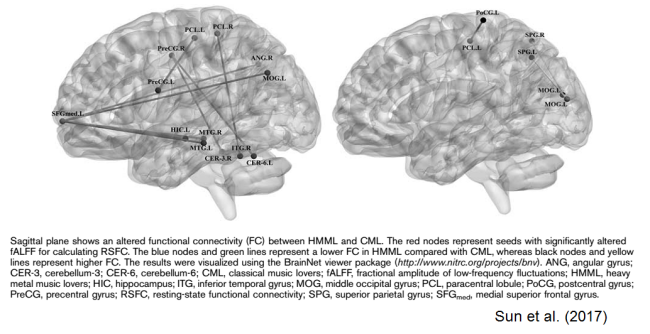 Various brain areas were more or less active, or more or less functionally correlated with each other, in the metal fans. But what do these differences mean? This is where it all gets a bit silly.

Sun et al. come up with explanations for how each neural difference relates to liking metal. For example, regarding a brain area called the PreCG, which was more active in metal fans:

Recall that the participants were resting, not singing or listening to music, during the scan. Bear in mind also that although the PreCG does indeed control the tongue, it controls the entire body as well.

The Mozart effect shows that classical music can improve the cognitive performance of the listeners and increase the activation of the corresponding brain areas [7], whereas SFGmed is in charge of individual cognitive control [17].

This approach to interpreting fMRI results is very common, but it’s essentially just hot air: post hoc, unfalsifiable, circular reasoning. Whatever the fMRI results happened to be, it would be possible to come up with a functional ‘explanation’. And if your theory is vague enough to explain anything, it really explains nothing.

Suppose the occipital cortex had been more active in metal fans. Well, this is a visual area, and metal concerts often feature pyrotechnics and other visual effects! Suppose the classical fans had shown increased PreCG activity, instead of less. Well, the PreCG controls hand movements, and classical conductors wave their hands to direct the music! Maybe the classical fans were thinking about their favorite conductor. And so on.

Each brain region has numerous functions, many of which are sufficiently vague (“social cognition”, “emotion”) to cover almost anything… it’s easy to invent a story linking these to the whatever task is going on. It’s like astrology. Astrological ‘readings’ always seem accurate because they can be made to fit anyone. 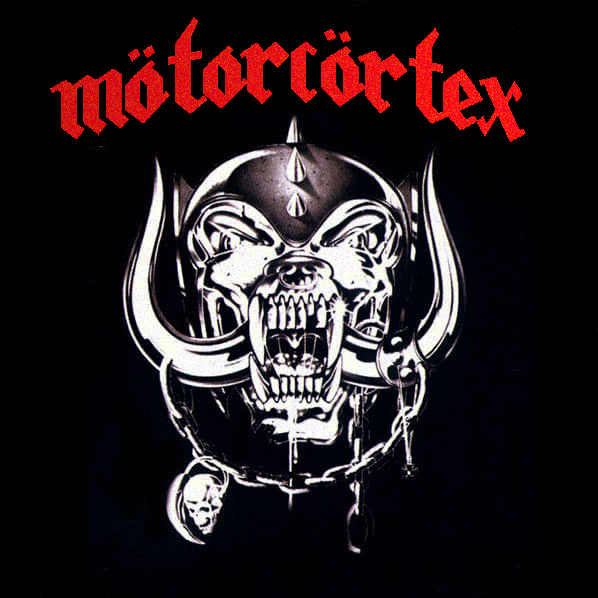