The Hand-Waver's Guide to The Brain

Neuroscientists - need to explain (away) a tricky finding? Normal people - need to pretend to be a neuroscientist? No problem. Through the power of vague hand-waving, anyone can do a convincing impression of someone who understands the brain. 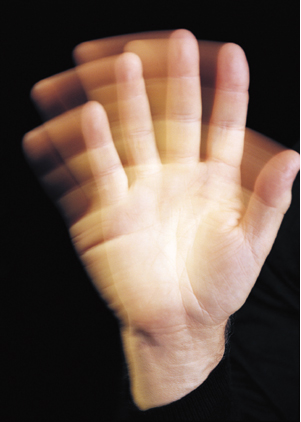 Just wave along to this guide...

Animals: Humans. Anything true of animal brains is also true for humans, so instead of saying "the mouse amygdala" you can just wave and say "the amygdala". Unless the animal is a Dead Fish.

Brain Disease: A disease for which no brain pathology has yet been found. Probably because the abnormality is hidden deep in a circuit. Circuit: The collective noun for 'brain region'. Any two or more regions can be described as a 'circuit'. Synonyms: network, matrix, pathway and bunch (vulgar, avoid.) Complex: The brain is infinitely complex - and that makes it a hand-waver's goldmine. You may not be able to prove your claims, but no-one will be able to disprove them. Connectivity: Any kind of relationship between any two or more brain regions. A given group of connected regions is a circuit. Colourful Picture: Handy, multi-purposeproof that fMRI is good. Dead Fish: Handy, multi-purposeproof

that fMRI is bad. Explanation: Description. fMRI: A powerful tool for investigating connectivity,plasticityand brain diseases. For example, decreased activity in a circuit means that the circuit is dysfunctional... or if you prefer, it means it's more efficient. Either way round, it's surely an explanation for something. But remember, every time you talk about fMRI, for 'balance', you must say "Dead Fish".Neurotransmitter: The key to happiness. This single molecule has been called various names over the years: 'serotonin', 'dopamine', 'oxytocin', etc. It's important, but sadly fragile. Its circuits often go wrong and cause a brain disease. Neuroscientist: God. A neuroscientist's mastery of the brain allows them to speak on any topic with authority. If a product needs endorsing, or a wacky idea promoting, "a neuroscientist" can do it - with a wave of their hand. Plasticity: For over a century

, neuroscientists have been 'just discovering' that the brain was more flexible than they previously thought. We now know that plasticity is so powerful that there's no need to get bogged down in the details of neuroscience - they'll all have changed by tomorrow anyway.