The Funniest Page on the Internet

I was planning a mildly amusing joke about "Pastaeidolia," hoping that Phil would forgive me, after seeing this map of the Paris subway system (via Bioephemera).

I mean, the resemblance is unmistakable, no?

There's no way that can simply be a coincidence. But then I stumbled across the Flying Spaghetti Monster page at CreationWiki: The Encyclopedia of Creation Science. This is my new candidate for Funniest Page on the Internet. Marvel as they explain, with helpful charts and a compelling level of earnestness, why the FSM does not, in fact, deserve the same amount of respect as one should show to Creation Science. 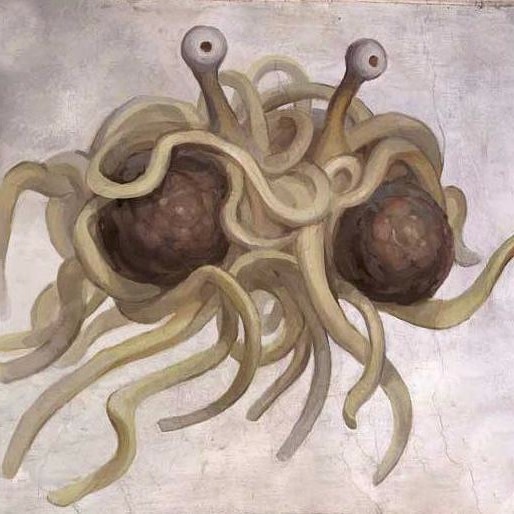 Against professionals like that, we amateur humorists stand little chance.