'The Dress' Was More Than a Meme 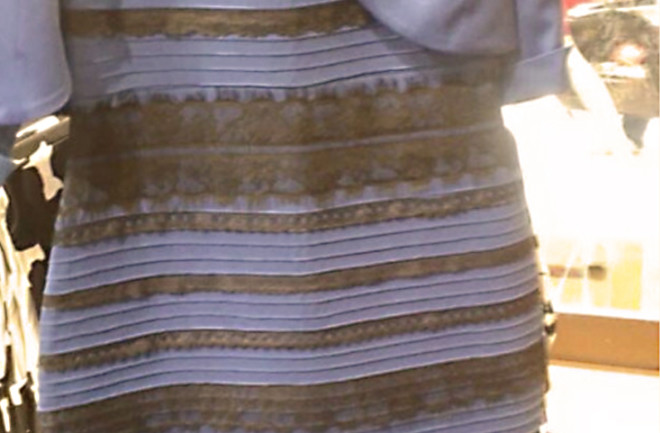 Scientists all have go-to tools: Biologists have the lab mouse, while astronomers have the telescope. Now, color researchers have #TheDress.

Whether the frock looked white and gold or blue and black dominated the Internet for weeks in early 2015. But it was hardly idle chatter. Social media surfaced “a major scientific discovery for color vision,” says Bevil Conway, a neuroscientist at Wellesley College in Massachusetts.

As Conway’s group reported in one of a trio of papers published in June, about 60 percent of the 1,401 people they surveyed, both online and in the lab, saw blue and black, while 30 percent saw white and gold. (The other 10 percent saw blue and brown or a color combo defined as "other.") Nearly half who saw the image before the survey said their initial perception later flipped.

There are many examples of color illusions, Conway says, but everyone seemingly experienced them in the same way. The dress is the first documented example of one image that causes at least two different color perceptions.

The ambiguity practically vanished when Conway added a body into the dress, indicating the image toys with our brain’s color constancy system. That is, some viewers perceive the dress as lit with natural light and see white, while others perceive it as lit with incandescent indoor light and see blue. (It’s actually blue and black.)

Dozens of labs are studying this photograph, Conway says, for insights into how and why people perceive color differently. So, though the Internet has moved on, #TheDress is here to stay.

[This article originally appeared in print as "More Than a Meme."]