The Complexities of Loyalty

What happens when our allegiances conflict? 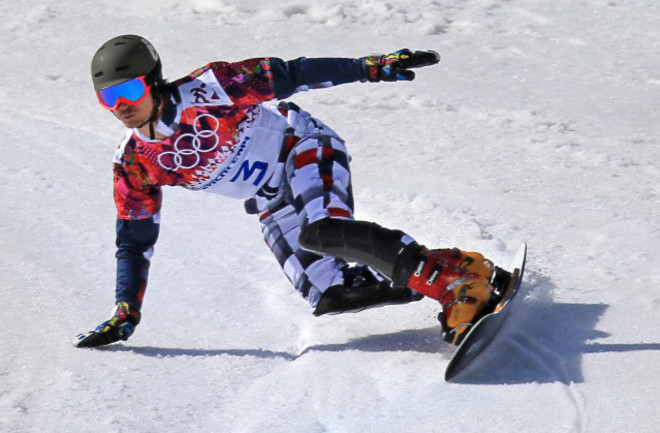 Last spring, my young daughter and I went to the opening day of Little League season in our small town of White Salmon, Wash. As always, it was a day for classic Americana: The Boy Scouts raised the Stars and Stripes over the ballfield, we sang “The Star-Spangled Banner” and a local celebrity threw the first pitch.

This year, the ceremonial pitcher was Vic Wild, a White Salmon native who won two gold medals in snowboarding at the 2014 Winter Olympics in Sochi, Russia. When the announcer called his name, Wild, wearing dark sunglasses and a flannel shirt, jogged to the pitcher’s mound. He grinned and shrugged at the audience, then wound up and let loose a pretty good pitch. The crowd went crazy.

What nobody mentioned — not the announcer, not the players, not the smiling parents — was that Wild, who graduated from the local high school and trained on nearby Mount Hood, didn’t win his double gold for Team USA. He won it for Russia, and photos of him with Vladimir Putin prove it.

Our town’s celebration of a Russian champion got me thinking about loyalty — which, as it turns out, is a highly complicated emotion. While we generally think of loyalty as a virtue, loyalty to Nazism or terrorism is, of course, anything but virtuous.

Loyalty, almost by definition, also sets us against one another; loyalty to my family means I’m less concerned about yours. Perhaps most troubling, our loyalties can easily put us at odds with ourselves. “Loyalty may be a single virtue,” philosopher Troy Jollimore writes in his book On Loyalty, “but because we have multiple loyalties, it tends to attach us to a plurality of values, some of which may conflict with others.”

So how do we resolve the internal and external conflicts that loyalty creates? University of Southern California psychology professor Jesse Graham suggests that loyalties surround us like concentric circles, and those circles pull us both outward and inward — outward because we believe we should care for as many people and things as possible, and inward because we believe we should care about our children more than, say, houseflies.

“Is it prejudice or is it good that we have more care at the center of our moral circle?” he asks. “We’re pulled in both directions.”

Graham, along with Northwestern University psychologist Adam Waytz, recently conducted an experiment in which participants were shown a series of concentric circles labeled with 16 types of loyalties. Graham and Waytz placed immediate family in the middle, and friends, acquaintances, nation, humans and mammals in progressively larger circles. (They labeled the outermost circle with the least loyalty-inspiring entity they could think of: space rocks.)

Graham and Waytz then gave participants a limited number of tokens, instructing them to distribute the tokens among the circles according to their loyalties. They found that all participants assigned more tokens to smaller circles and fewer tokens to larger circles. In other words, everyone’s loyalties weakened as the entities became more distant and abstract.

Participants who had expressed conservative political values tended to cluster their tokens more tightly, putting most of them in the smallest circles. Those with liberal political values tended to spread their loyalties thinner, placing at least a few tokens in more distant circles. When Graham and Waytz gave participants an unlimited number of tokens and the same instructions, the results were similar.

Graham and Waytz’s findings suggest that liberal-leaning people may have had less trouble resolving their conflicting loyalties to Vic Wild and Team USA. Since their loyalties tend to extend beyond their national borders to other countries, other species and even other planets, they probably didn’t find it too difficult to cheer for a neighbor who also happened to be a Russian champion.

Conservatives, on the other hand, probably struggled more. They wanted to be loyal to a neighbor, but a gold medalist representing another country, especially one at odds with the United States, didn’t fall within their personal circles of care.

Age and personal experience influence our responses, too. I was intellectually more than ready to root for Wild, but I was instinctively brought up short by the photo of Wild and the Russian president shaking hands. People too young to remember the Cold War likely saw the photo differently.

Regardless of politics, such conflicts are likely more complicated than they used to be. “In the U.S., at least, we no longer get the kind of moral education that decides these things for us,” Jollimore told me. We live in a world that’s more individualized and more interconnected than it was just a decade ago, and that, for good and ill, muddies our loyalties.

“We’re much more cosmopolitan than we used to be — much more likely to know someone from another place,” he says. “And when you’re faced with a person in the flesh, you can’t generalize. You can’t say, ‘Well, all Russians are bad.’ ”

Of course, we residents of White Salmon didn’t work out these complexities in isolation. Conflict resolution scholar Daniel Druckman of George Mason University and Macquarie University, who studies how groups react to heretics and renegades, says that while each group member has a set of values to consider, groups will often, over time, come up with a cohesive response to any violation of the norm.

“People don’t just think through their reactions individually — they talk about them with one another,” he says. “The extent to which they reinforce each other will be what you hear on the street.”

When Wild won his medals in February, our local paper trumpeted his victories but buried his Russian citizenship deep in the story. A few days later, though, the paper applauded both Wild and his choice to ride for Russia, writing in an editorial that the U.S. team got exactly what it deserved. (Had the U.S. been able to claim Wild’s two golds, Russia, Norway and the U.S. would have tied for first place in the gold-medal count. As it was, the countries placed first, second and fourth, respectively.) On the street in White Salmon, support for Wild was at first somewhat muted. But over time, everyone seemed to work out their internal conflicts.

Wild’s personal story helped. He’s an alpine snowboard racer, a sport that gets scant money and attention from the U.S. Ski and Snowboard Association. When he started dating Russian snowboarder Alena Zavarzina, who later became his wife, a Russian coach suggested he join Team Russia — and enjoy more funding and support.

So many in White Salmon appreciated that he switched teams not for political reasons, but out of a more straightforward desire to reach the top of his sport. The romantics among us liked that he did it for love, too. Gradually, through individual reflection and conversation, we found our collective way toward supporting the local guy: Celebratory banners went up, and a brewery announced a party in honor of both Wild and Zavarzina.

For the members of White Salmon Little League, though, the choices were far simpler. Here was a guy who once played on their field and had grown up to travel the world and bring home two Olympic gold medals. What could be cooler than that?

When Wild returned to the sidelines after his ceremonial first pitch, he was mobbed by players, all waving ball caps and visors for him to autograph. Smiling, he pulled out a pen. As I stood at the edge of the crowd with my daughter, the Cold War seemed very far away indeed.

[This article originally appeared in print as "Divided Loyalties."]

More From Discover
Mind
Weed Might Not Make You Creative After All
Mind
How Does Alzheimer's Disease Lead to Death?
Mind
Calming Kids With Electronics May Affect Emotion Regulation Skills
Mind
What Psilocybin Psychedelic Mushrooms Are Teaching Us About Human Consciousness
Mind
How Failing Could Actually Help us Succeed
Mind
Can Playing Video Games Make You Smarter?
Recommendations From Our Store
My Science ShopDiscover STEM Kits
My Science ShopDiscover 2022 Calendar
My Science ShopStrange Science
My Science ShopElements Flashcards
Shop Now
Stay Curious
Join
Our List