What’s the real reason you refuse to eat broccoli? Research on the origins of our preferences reveals surprising insights. 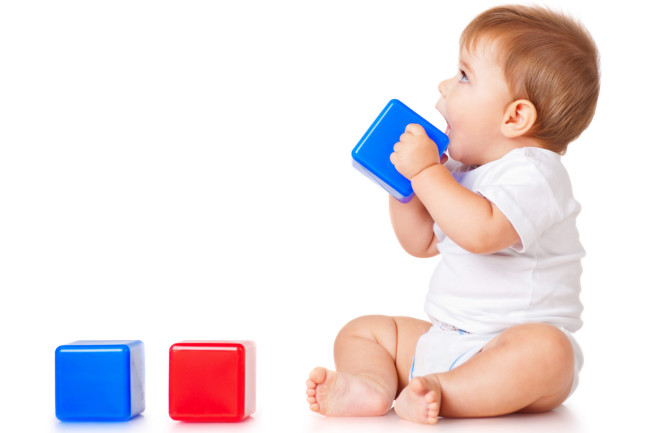 Humans sometimes justify their choices after the fact. The line of reasoning goes something like this: “I chose this, so I must like it. I didn't choose this other thing, so it must not be so good.” In fact, decades of cognitive science research and centuries of philosophical and scientific postulations suggest that humans unconsciously decide to like (or dislike) something based on previously made choices.

But Lisa Feigenson, a co-director of the Johns Hopkins University Laboratory for Child Development, wanted to understand the roots of this tendency. She and her team gathered up some young subjects — non-verbal 1-year-olds — to determine if this shaping of preferences begins in early life. Because babies get so few choices and come pretty close to being a blank slate, Feigenson says, they make for the perfect subjects.

What they found is that the preferences we have as adults may be based on random decisions we made when we were very young. The results of this research were published in Psychological Science in 2020. “It’s actually the choice that comes first, and in a sort of random way,” Feigenson says. “And, actually, our preferences get built up based on our choices.”

To Polka Dot or Not

As part of the study, Feigenson and her team offered their subjects (some who could walk, some who merely crawled) two toys that had been prescreened through earlier studies to make sure there was “nothing inherently awesome about one or the other,” Feigenson says. Half of the babies randomly choose a polka-dot block and half choose a striped block.

The critical part of the test, however, came when the same babies were given a choice between the block that they did not choose in the first scenario and a brand-new block. The researchers found that the babies overwhelmingly rejected the same block that they’d previously rejected — the majority of babies chose the new block.

Because it’s possible the babies made these choices simply because they’re curious about new toys, Feigenson conducted a subsequent experiment to rule out that possibility. In this second part, babies didn’t begin by choosing from two toys. Rather, the experimenters made the choice for them.

“We draw their attention to both [blocks] and then we hand them one. So everything's the same except that the babies never got to make that initial choice,” Feigenson says. Afterward, similar to the first experiment, the babies chose between the toy given to them by the experimenter or a brand-new one. But the results were statistically insignificant: Some chose the new toy, some didn’t.

“This kind of research underscores that sometimes our beliefs and preferences don't come from those data-driven, rational places. They are accidents of fate and then we rationalize them after the fact,” Feigenson says. “Just like the baby who says, ‘I didn't choose this one. Guess I must not have liked it so much.’”

Feigenson postulates that our choices affect our likes and dislikes even from the very start of life, and that they may be a way we filter our world and order the information we take in to build our internal narratives. Further, she and her team believe that this narrative that so many of us hang our proverbial hats on may not grow from a complex set of reasons (or even sound reasoning), but rather is based on simple, random choices we begin making very early in life.

Read More: In a World of Endless Choices, Why Is Decision-Making So Tiring?

“Sometimes our choices may not reflect what we actually inherently prefer — as in, 'I chose this because I like it best,'" Feigenson says. Although that seems intuitive, it’s not always the case. Sometimes we choose much more randomly and our preferences emerge from the choices themselves. This “funny reversal behavior,” she explains, can help reduce the cognitive dissonance — or internal conflict — that decades of research suggests humans are motivated to avoid.

With a new year upon us, could it be time to reconsider some of those narratives we’ve written for ourselves?