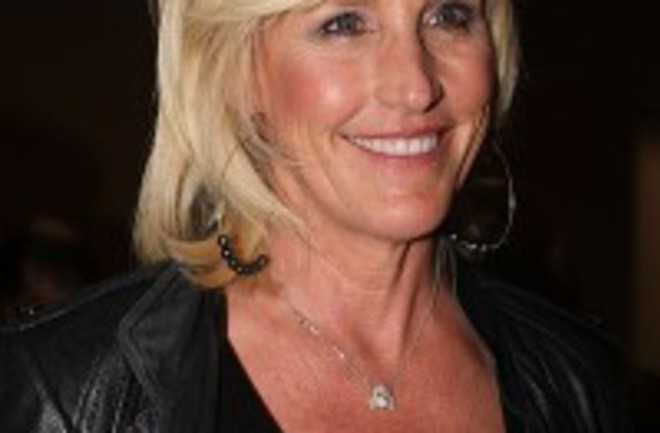 Erin Brockovich in 2012. Wikimedia Commons. When toxicologists prepare to test a chemical on lab animals to see if it is carcinogenic, they are faced with a dilemma. Suppose you have reason to suspect that a chemical, at the low concentrations found in air, food, or water, might cause one case of cancer for every 10,000 people who are exposed. You’re not going to get funding to test every substance on tens of thousands of mice -- at a potential cost of tens of millions of dollars. To force the issue, scientists administer far larger dosages to a far smaller number of creatures and see if they can induce a tumor. That is the approach -- prevalent throughout the profession -- taken by researchers for the National Toxicology Program in 2009 to study whether chromium 6, the pollutant involved in the Erin Brockovich case, is capable of causing cancer when ingested in drinking water. I hadn’t intended to write about the Brockovich story again. (For more background please see the list of my earlier posts below.) But the Center for Public Integrity -- first in a report on PBS Newshour and now in an article for Mother Jones -- is pursuing the matter with such ardor that I've decided to take a closer look. I’ll start with the toxicology. That will be followed sometime soon (I’m juggling this with many other things) by a consideration of the epidemiological studies that found cancer rates in Hinkley to be no higher than those of the general population -- the research the Center for Public Integrity is trying its hardest to undermine. I’ll be feeling my way as I go along, and intelligent feedback is appreciated. In the NTP study, doses as high as 516 parts per million of chromium 6 -- more than 5,000 times greater than the standard set by the Environmental Protection Agency and 25 million times greater than California's "public health goal"-- were added to the drinking water given to 100 lab rats and 100 lab mice. Two years later some of them had developed malignant tumors in their mouths and digestive tracts. Mice are mice and people are people, but how does that compare to the levels experienced by the citizens of Hinkley? The best information seems to be in an old report on the website of the California Water Resources Control Board. In 1988, when the pollution was discovered, the maximum concentration of chromium 6 measured directly below the PG&E compressor station -- the source of the contamination -- was 3.7 parts per million. The highest level in a private well near the site was 0.7 ppm. That is less than one-tenth of one percent of what the lab animals were getting. Was that enough, spread over many more years, to cause cancer in people? Given the state of the science, no one can honestly claim to know. Making this even harder to judge is the fact that mice and rats are far more tumor-prone than people. Perhaps because of their shorter lifespans, they have evolved weaker cellular safeguards against genetic damage. It takes fewer mutations to start a cancer. In addition to the toxicology, you have to consider the chemistry of chromium. When it is ingested, chromium 6 is almost immediately converted into chromium 3, which is not just harmless but necessary to human health. I know I’m repeating myself from earlier posts, but this is a crucial part of the story: Toxicologists have come to agree that chronic exposure to air laden with chromium 6 particles has caused lung cancer in industrial workers. But they have genuine questions about its effect in drinking water, even at the relatively high doses encountered in Hinkley. The epidemiology is even murkier -- not just in Hinkley but anywhere scientists have tried to establish a correlation between aqueous chromium and human cancer. Given all of these uncertainties, the self-assured tone of articles like the one in Mother Jones are reason to be wary. To be continued. Previous posts:Erin BrockovichThe Brockovich Story, Part 2The Psychology of Cancer ClustersAn Epidemiologist's Nightmare