The Brain's Internal Odometer and Stopwatch 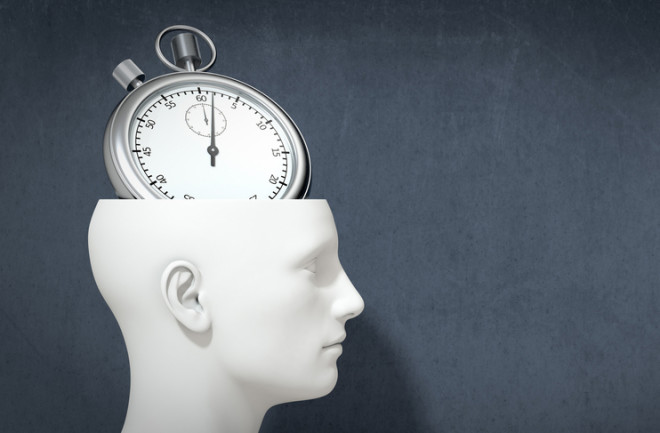 Forget the iWatch or Fitbit, the brain already has its own internal odometer and stopwatch. Rats running on a treadmill helped a team of researchers from Boston University understand the ways memories about our location are formed and stored.

The team put rats through several test scenarios and monitored the animals’ grid cells — a specific type of neuron that helps track changes in location – to determine if those cells also helped track time and distance, independent of external cues, to build a memory.

Dude, Where Am I?

An episodic memory is the memory of a specific event or sequence of actions, like remembering what you did after getting up in the morning. While heading out on your morning commute, for example, grid cells activate in various patterns to chart your course and track location on a mental grid.

The discovery of the brain's grid cell network, which resides in a part of the brain associated with memory and navigation, earned scientists a Nobel Prize in Medicine or Physiology last year, according to Science.

“We find in these brain areas cells encode both, and intertwine space and time,” says Howard Eichenbaum, professor of psychology and brain science at the Center for memory and Brain at Boston University. “We think we found the framework by which episodic memories are recorded.”

Eichenbaum and the team, led by first author Benjamin Kraus, then a graduate student at Boston University, hooked up rats to electrodes that monitored their grid cells’ activity, and then put the rats through their paces. First, they had the rats run a tabletop maze so they could identify the grid cells and how they functioned. Then they moved the rats onto a treadmill where they watched to see how the cells fired when the rats’ walked, but their locations didn’t change. Researchers also varied the speed and duration of each run.

While on the treadmills, 92 percent of the mouse grid cells fired after a specific length of time passed or a specific distance had been traveled. One grid cell would fire eight seconds into the walk regardless of speed or distance traveled. And even though the rats were traveling in place, another grid cell would fire after the rat had "traveled" 400 centimeters, regardless of speed or time duration. The firing grid cells, in a way, represented an internal odometer and stopwatch. Researchers published their findings Wednesday in the journal Neuron.

“As time is accumulating, distance is accumulating,” says Eichenbaum. “Some cells’ activity better signaled how long or how far” the rat had been running. “It’s a multiplex of time and distance.”

There is more to be done, he said, but this is a critical step in understanding how memory is encoded, and could point to ways to treat memory loss, whether from old age or illness, like Alzheimer’s disease.

Recently, researchers discovered a link between grid cells and the risk of Alzheimer's, and deeper insights into the brain's grid cell network could yield new methods to diagnose the disease earlier.

“If we can understand the circuits better, it could help us to tease them back into normal function,” says Eichenbaum. “If we can get to the cell level, now we can tune them back up again.”