The Brain: "Ringing in the Ears" Actually Goes Much Deeper Than That

Research on tinnitus has shown that it's rooted in the very way we process and understand sound. 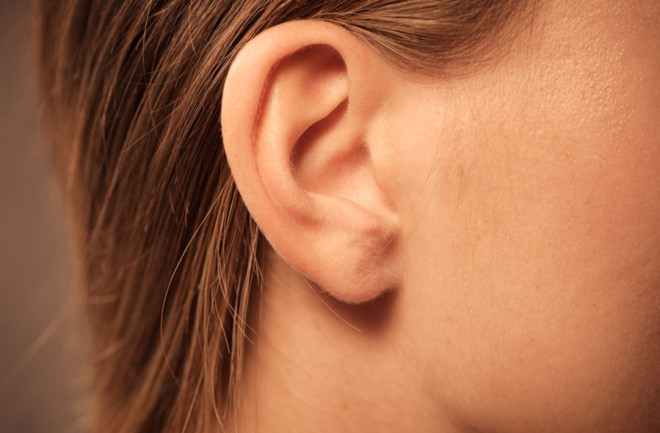 In some of the world’s oldest medical texts­­ — papyrus scrolls from ancient Egypt, clay tablets from Assyria — people complain about noise in their ears. Some of them call it a buzzing. Others describe it as whispering or even singing. Today we call such conditions tinnitus. In the distant past, doctors offered all sorts of strange cures for it. The Assyrians poured rose extract into the ear through a bronze tube. The Roman writer Pliny the Elder suggested that earthworms boiled in goose grease be put in the ear. Medieval Welsh physicians in the town of Myddfai recommended that their patients take a freshly baked loaf of bread out of the oven, cut it in two, “and apply to both ears as hot as can be borne, bind and thus produce perspiration, and by the help of god you will be cured.”

Early physicians based these prescriptions on what they believed tinnitus to be. Some were convinced it was caused by wind that got trapped inside the ear and swirled around endlessly, so they tried to liberate the wind by drilling a hole into the bones around the ear or using a silver tube to suck air out of the ear canal. The treatments didn’t work, but they did have an internal logic.

Today tinnitus continues to resist medicine’s best efforts, despite being one of the more common medical disorders. Surveys show that between 5 and 15 percent of people say they have heard some kind of phantom noise for six months or more; some 1 to 3 percent say tinnitus lowers their quality of life. Tinnitus can force people to withdraw from their social life, make them depressed, and give them insomnia.

Some modern doctors prescribe drugs like lidocaine. Others offer patients cognitive therapy. Some have people listen to certain sounds, others apply magnetic pulses to the brain and even implant electrodes in the brain stem. Although many treatments have shown some promise, none is consistently effective. Recent research suggests why: Tinnitus is a lot more complicated than just a ringing in the ears. It is more like a ringing across the brain.

This sound system comes with an elaborate feedback mechanism. Neurons do more than just relay signals forward into the brain. They also signal back down the line, reaching out to neighboring neurons tuned to nearby frequencies, exciting some and muzzling others. These feedback controls allow us to sift through incoming sounds for the most important information, so that we are not overwhelmed by meaningless noise. In young brains, the neurons and their feedback controls grow and link up to each other. Even in adulthood, experiencing new sounds can rewire the auditory cortex. If a rat is trained to recognize sounds at a particular frequency, the corresponding region of the tone map will get bigger.

Tinnitus arises when this flexibility goes bad. Things may start to go awry when toxic drugs, loud noises, or even whiplash cause damage to the nerve hairs in the ears. The injured nerve hairs can no longer send signals from the ear to the tone map. Bereft of incoming signals, the neurons undergo a peculiar transformation: They start to eavesdrop on their neighbors, firing in response to other frequencies. They even start to fire sometimes without any incoming signals. As the brain’s feedback controls get rewired, the neurons end up in a self-sustaining loop, producing a constant ringing. That is why tinnitus often doesn’t go away when people get their auditory nerve surgically cut.

It’s not just the auditory cortex that is affected when people get tinnitus. Neuroscientists, using increasingly sophisticated brain scans, are finding that changes ripple out across the entire brain. Winfried Schlee of the University of Konstanz in Germany and his colleagues have been making some of the most detailed studies of tinnitus ever, using a method called magnetoencephalography (MEG, for short). They take advantage of the fact that every time neurons send each other signals, their electric current creates a tiny magnetic field. MEG allows scientists to detect such changing patterns of activity in the brain 100 times per second.

Schlee and his colleagues find widespread differences in the brains of people with tinnitus and those without it. A network of regions in the brains of people with tinnitus tend to fire their neurons in sync. Schlee has determined that his tinnitus-stricken subjects have a more synchronized pattern of signals coming out of regions in the front and the back of the brain. (For brain anatomy junkies, they are the dorsolateral prefrontal cortex, orbitofrontal cortex, and anterior cingulate cortex in the front; in the back, they are the precuneus and posterior cingulate cortex.) Schlee and his colleagues also discovered a more strongly synchronized flow of signals coming into the temporal cortex — a region that includes the auditory cortex — in people with tinnitus.

When Schlee compared people who suffer a lot of distress from tinnitus with those who are not much bothered by it, he found that the more distress people felt, the stronger the flow of signals out of the front and back of the brain and into the temporal cortex. This pattern suggests that the network Schlee discovered is important for the full experience of tinnitus. Tinnitus, in other words, extends beyond the ear, beyond a hearing-specialized part of the brain, beyond even any single piece of neural real estate. It is a disease of networks that span the brain.

Such complexity may explain why so many different tinnitus treatments work, but only modestly: Each attacks just one part of the tinnitus network. Christo Pantev of the University of Münster in Germany and his colleagues, for example, have brought some relief to people with tinnitus by rewiring their tone map. To do so, they edited recordings of music, filtering out the frequencies of the ringing in the ears of their patients, who then listened to the filtered music an average of 12 hours per week. Pantev and his collaborators found that their patients’ tinnitus significantly eased. They also found that the neurons tuned to the tinnitus frequency in the auditory cortex became less active.

The scientists cannot say for sure how the filtered music soothed their patients, but they speculate that the incoming signals encouraged the tone map to change its structure. The overactive, eavesdropping neurons became stifled by their neighbors.

Clearly the auditory cortex is just an early stop on the journey that sound takes from the outside world to our awareness. Some neurons in the auditory cortex extend branches down to the brain stem, where they link to a pair of regions called the caudate nucleus and putamen. Those regions may be important for processing the signals in several ways, such as categorizing sounds. In 2004 Louis Lowry, an ear-nose-and-throat doctor at Thomas Jefferson University in Philadelphia, discovered that the caudate and the putamen play an important role in tinnitus by studying an unusual patient — himself.

As a young man, Lowry spent a summer working on a farm with a noisy tractor. The experience left him with partial hearing loss and a high-pitched ringing in his ears that plagued him for 40 years. Then at age 63, Lowry suffered a mild stroke. A CT scan and an MRI revealed that the stroke had damaged his caudate and putamen. But the stroke also brought a pleasant surprise. Lowry was completely cured of his tinnitus, without any further hearing loss.

Steven Cheung and Paul Larson, two doctors at the University of California, San Francisco, set out to reproduce Lowry’s experience. They took advantage of the fact that some people with Parkinson’s disease get electrodes surgically implanted in their brain stem to control their symptoms. The electrodes typically have to pass the caudate and putamen to reach their target. Cheung and Larson engaged five patients preparing to receive an implant who also suffered from tinnitus. The patients agreed to undergo several minutes of deep brain stimulation to these regions during surgery as the electrode was being implanted. Cheung and Larson reported that the tinnitus became much fainter in four of the five patients.

Once signals travel from the ear to the auditory cortex, caudate, and putamen, they eventually make their way to regions of the brain that carry out more sophisticated sound information processing: connecting the sounds with memories, interpreting their meaning, giving them emotional significance. It is precisely these regions that Schlee and his colleagues noted were behaving strangely in people with tinnitus. He argues that it is only when signals reach this large-scale network that we become conscious of sounds, and it is only at this stage that tinnitus starts to cause people real torment.

Schlee’s results suggest that the higher regions of the brain send their own feedback to the auditory cortex, amplifying its false signals. Schlee’s model of tinnitus and consciousness could explain some curious observations. Even in bad cases of tinnitus, people can become unaware of the phantom sound if they are distracted. It may be that distractions deprive the errant signals from the auditory cortex of the attention they need to cause real distress. What’s more, some of the most effective treatments for tinnitus appear to work by altering the behavior of the front of the brain. Counseling, for example, can make people better aware of the sounds they experience by explaining the brain process that may underlie the disorder, so they can consciously reduce their distress.

Solving the mystery of tinnitus will probably get even more urgent in years to come. Traffic, iPods, and other features of modern life may cause more hearing damage, hence more tinnitus. But if a real cure ever comes, it will probably not be a single silver bullet. It will instead attack the tinnitus network from top-down and bottom-up. For now, though, you should probably skip the hot bread on the ears.