Sightless cells hidden within the eye may set our circadian rhythms, trigger migraines, and explain the seasonal ebb and flow of our moods. 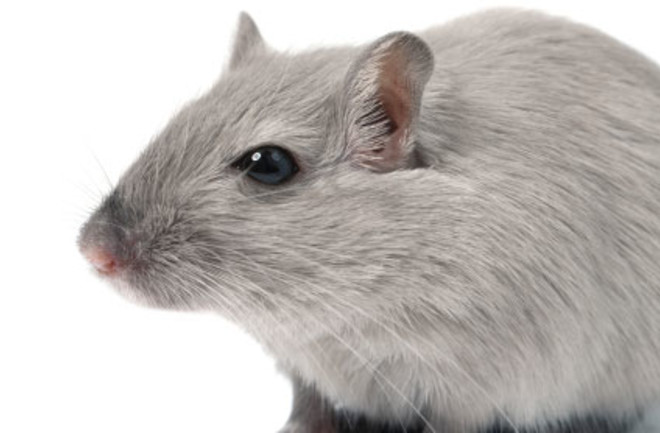 The mouse eye captures images via rods and cones in its retina. But behind that gaze lies a third set of light-sensitive cells that contribute to behavior, not to vision. | iStockphoto

There was no way the blind mice could see, yet somehow, they could. The year was 1923, and a Harvard grad student named Clyde Keeler had set out to compare eyes from different animals, starting with mice that he bred in his dorm room. Keeler cut open one mouse’s eye and put it under a microscope. Immediately he realized something was wrong. Missing from the eye was the layer of rods and cones, the photoreceptors that catch light. Turning back to his colony, Keeler realized that half of his animals were blind. Somehow a mutation had arisen, wiping out their rods and cones.

The mutation had blinded those mice with surgical precision, yet for reasons lost to history, Keeler got the strange idea to shine a light in their eyes anyway. Based on everything that scientists knew about mammalian eyes, nothing should have happened. After all, the mice had no way to capture light and relay it to the retinal ganglion cells, the neurons that normally pass visual signals on to the brain. And yet something did happen: The mouse pupils shrank.

Keeler struggled to find an explanation. “We may suppose that a rodless mouse will not see in the ordinary sense,” he wrote in one journal article. But for pupils to shrink, such mice had to have some kind of cell besides rods and cones—one that scientists knew nothing about—that could also capture light and send a signal to the brain.

Most vision experts scoffed at the notion that the eyes contained hidden sensory cells and ignored Keeler’s findings. It took nearly eight decades for scientists to investigate his claim and prove him right: The eye really does contain a third type of photoreceptor cells that sense light intensity without detecting images.

These sightless cells seem to perform a variety of important functions. They set our body clock and regulate our sleep. They may explain why bright light can trigger migraines. They may even reveal why depression is so commonly associated with winter’s darker days.

Some of the first validation of Keeler’s research came in the 1990s from University of Oxford neuroscientist Russell Foster, who studied the daily cycle of our bodies—the so-called circadian rhythms that define the pattern of vital signs in a 24-hour day. We become sleepy and then alert; our body temperature cools and then warms; hormones are released, then subside. The changing level of light each day keeps these rhythms synchronized with Earth’s rotation. If people live in windowless rooms for days on end, experiments have shown, their circadian rhythms gradually drift out of sync, so that they might end up sleeping in the daytime and staying awake all night.

Yet no one knew exactly how light acts as a reset button. To search for a mechanism, Foster ran a new experiment. He essentially re-created Keeler’s blind mice by shutting down genes essential for the development of rods and cones while still exposing his subjects to cycles of light and dark. Foster also set up the same experiment using mice with normal eyes. If the rods and cones acted as the reset button, then the circadian rhythms of the sighted mice should hold to the classic pattern while circadian rhythms of the blind mice drift away. But that’s not what happened. In 1999 Foster reported that the blind mice behaved the same as regular mice. Only when Foster surgically removed their entire eyes did the blind mice drift out of sync. Keeler’s sightless cells must have been at work.

Studies like Foster’s prompted a number of researchers to look for those missing cells. The first clue came in 2000, when neuroscientist Ignacio Provencio, now at the University of Virginia, found a light- capturing pigment called melanopsin in the ganglion layer of the retina. It was a bizarre discovery, since the ganglion layer was thought only to relay electric signals from the rods and cones, not catch its own light. But in 2002, Samer Hattar of Johns Hopkins University and David Berson of Brown University identified individual retinal ganglion cells containing melanopsin. They further demonstrated that the cells—called intrinsically photosensitive retinal ganglion cells, or ipRGCs—could detect light.

Like the rods and cones, ipRGCs are most sensitive to a particular color: blue, in this case. And like other retinal ganglion cells in the eye, the ipRGCs grow long fibers that snake out to join the optic nerve. When the optic nerve reaches the brain, individual fibers split away to make contact with different regions. Hattar and Berson inserted genes for glowing proteins that would activate only in melanopsin-producing cells. In this way they were able to show that rods and cones make most of their connections in the image-producing regions of the brain. But ipRGCs largely stop short of those regions, ending up elsewhere, including the suprachiasmatic nucleus, a patch of neurons in the brain’s midline. When scientists surgically remove these regions, test animals lose their circadian rhythms.

Hattar and other scientists then set out to determine exactly what ipRGCs do by creating mirror images of Keeler’s blind rodents. These engineered mice see as well as their normal counterparts but they lack ipRGCs. Subsequent experiments have confirmed what previous generations suspected: Even under normal light, mice without these cells drift out of sync with day and night. But the ipRGC-free mice exhibit a number of other changes, too. Unlike intact mice (whose circadian rhythms align to keep them up at night and asleep during the day), they are immune to the sleep- inducing powers of light. Shine a light on them, and they stay awake. This discovery suggests a new connection between the eye and the brain. It appears that some ipRGCs are not just linked to the body’s clock centers, but also plugged directly into the brain’s sleep circuitry.

Another surprise: Not all ipRGCs are the same. After photographing these cells under microscopes and mapping their connections, Hattar has identified five different types of ipRGCs. In one recent experiment, he found a distinctive mouse version that makes a protein called Brn3b. If mice lacked this type of ipRGC, the only change Hattar could find was that the animals could no longer constrict their pupils. Their circadian rhythm still responded to the reset button of light.

In short, rather than being a one-size-fits-all light sensor, ipRGCs may be a sophisticated guild of specialist cells, each channeling light to different parts of the brain to do different things—all of which happens outside our visual awareness.

Mice and humans are so closely related that it seemed likely we have the same basic collection of ipRGCs in our eyes, carrying out the same tasks. In 2007 sleep researcher Steven Lockley of Harvard Medical School started gathering the proof after he met a human version of Keeler’s mice—a blind 87-year-old woman who had lost all her rods and cones decades before but whose ipRGCs were still intact.

Lockley performed a battery of tests to look for things the ipRGCs might be doing. In one trial, he switched a light on and off while asking the woman to report its state. The woman was baffled. Why would he want her, blind for years, to tell him about a light that she could not see? Nevertheless, she gamely guessed. If the light was blue, she got the answer right most of the time. For any other color, her guesses were little better than random. Lockley and his colleagues concluded that her brain was using the light caught by ipRGCs to make sense of the outside world, even if her conscious mind wasn’t in on the secret.

Studies on migraine headaches, which are often exacerbated by bright lights, are revealing another role of ipRGCs in the human brain. Harvard headache researcher Rodrigo Noseda had observed that light could trigger migraines even in blind people; he therefore theorized that the headaches might be triggered by ipRGCs. To explore the idea, he dissected the brains of rats, staining both ipRGCs and pain-signaling neurons to trace their paths.The ipRGCs connect to pain neurons in the thalamus, he found, suggesting that exposure to light could disturb pain-signaling neurons as well. Light sensitivity can be devastating for some migraine sufferers. They can’t drive, write, or even read. Once researchers understand the pathway well enough to manipulate it pharmacologically, such patients might find relief.

Unfortunately, switching off the ipRGCs entirely is not a viable option. These neurons are now known to extend into the thalamus, a region of the brain known for promoting awareness. Presumably they deliver some kind of essential information there. When neuroscientists find out what kind of message it is, they will make real progress—perhaps toward fighting pain, and definitely toward getting a better look at our secret selves.

Carl Zimmer is an award-winning biology writer and author of The Tangled Bank: An Introduction to Evolution