The Bitter Truth: Coffee Lovers’ Love of Caffeine is Wired in their DNA 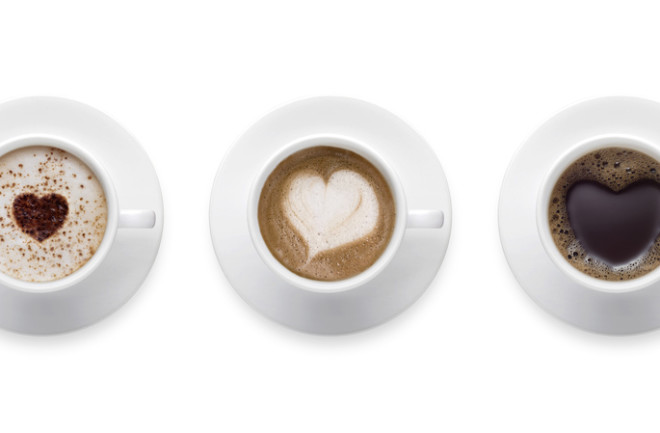 Are you a coffee drinker? This banal get-to-know-you question becomes strange when you really think about the anticipated dichotomy of a firm yes or no answer. A few people might dabble in the delicious, charming, soul-warming beverage (you can see where my allegiances lie), but many more seem to either love or hate the bitter stuff.

People on either end of the coffee spectrum might think of the other, are you seriously tasting what I’m tasting? It would make sense if the answer was no, especially given what we now know about the genetic basis of some tastes. We’re no longer surprised, for instance, when some people adore cilantro, while others think it tastes like soap. Even rye bread affinity is likely genetic.

That’s why researchers in Australia have been studying the genetic basis of our perceptions of bitter beverages – not just coffee, but also teas and alcoholic drinks. They recently identified three major genes that affect our perception of three different bitter flavors: caffeine, quinine (most famously found in tonic water), and propylthiouracil (or PROP, an artificial bitter substance commonly used by scientists in taste studies).

Now, in a new paper in Scientific Reports, they wanted to see how much these genes actually affect people’s consumption of bitter beverages like coffee, tea, and alcohol. As you might expect, the researchers thought higher sensitivity to bitterness would make people less likely to consume these drinks.

The study was led by Jue-Sheng Ong and Liang-Dar Hwang at the QIMR Berghofer Medical Research Institute and the University of Queensland in Australia. Their data came from the UK Biobank – a huge clearinghouse of genetic data from volunteers that’s paired with survey answers. This allowed their team to analyze over 400,000 data points comparing people’s genetic bitterness sensitivities to their drinking habits for different beverages.

For quinine and PROP, the team confirmed their hypothesis. People who had genes that made them more receptive to the bitter tastes were less likely to drink bitter beverages. This makes perfect sense, given the evolutionary reasons humans are sensitive to bitter tastes in the first place: It’s adaptive to not eat bitter things that might be under-ripe or poisonous. Even more so than coffee, these PROP- and quinine-sensitive people were much less likely to consume red wine than those less attune to those flavors.

But for the caffeine-taster gene, the researchers found the opposite effect. People who were more sensitive to the flavor of caffeine drank more coffee.

How could this be? More research will be needed to confirm for sure, but the most obvious answer is, we love the effects of caffeine. Caffeine is a psycho-stimulant, so people who can really taste the caffeine flavor in a beverage – assuming they like caffeine’s effects – are more likely to seek out the flavor with more and more cups o’ joe. The association with the stimulant is enough to over-ride an adaptive aversion to the taste.

“Most of us probably have anecdotal experience (or common sense) on how our taste influences what we drink, and now we can proudly say that there’s some genetic evidence to support such a link,” said Ong, in an email.

But genes likely aren’t the only factors driving people’s tastes. Tastes can respond to changing environments, social factors or, in the case of caffeine, a confounding factor like the effects of a drug.

Marilyn Cornelis, assistant professor at Northwestern’s Feinberg School of Medicine and another author of the study, explained it like this: “Taste does play an important role in our consumption behaviors. I guess you can say it’s one of many factors and there’s a genetic component to it.”

“So your neighbor who doesn’t consume coffee,” says Cornelis, “there might be a genetic aspect to that.”