A natural brain protein and insulin, of all things, may lead to effective treatments. 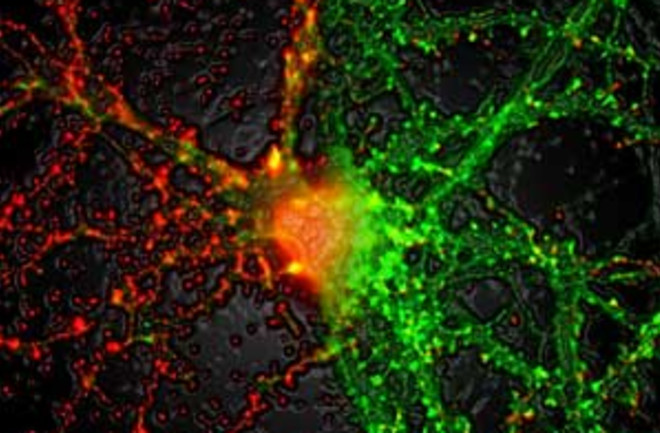 Two recent studies reveal that proteins produced naturally in the brain could lead to new ways to treat Alzheimer’s disease. One experiment examined the effect of the protein insulin on ADDLs (amyloid-beta derived diffusible ligands), toxic proteins that build up in the brains of Alzheimer’s patients, causing cell death. An international team found that insulin blocks ADDLs from binding to brain cells in culture. The researchers showed that the type 2 diabetes drug rosiglitazone, which increases insulin sensitivity, also protects neurons from ADDLs. “Drugs designed to boost insulin signaling could provide a treatment” for the disease, says Northwestern University neurobiologist William Klein, who led the study.

In other research, a brain protein called BDNF (brain-derived neurotrophic factor) improved cognitive function and prevented neuron death in rodent and monkey models of Alzheimer’s. “This identifies a potential new way to treat the disease,” says lead investigator Mark Tuszynski, a neuroscientist at the University of California at San Diego. Following its success in animals, the researchers hope to explore BDNF therapy in humans.