A study of people's minds as they take DMT reveals a curious commingling of brain patterns. 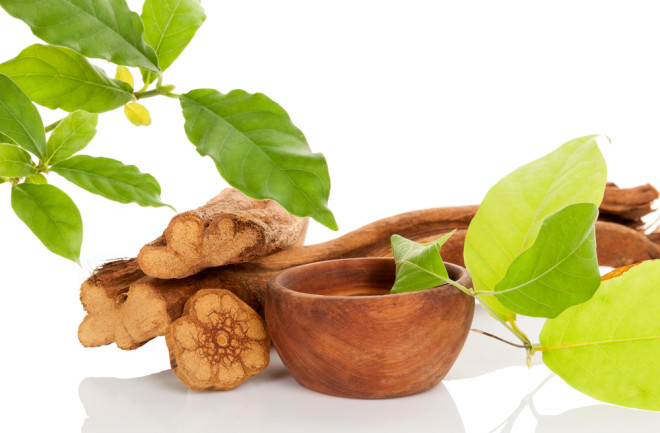 The Banisteriopsis caapi vine, from which ayahuasca is brewed. (Credit: Eskymaks/Shutterstock)

When people take DMT, the active component of the psychedelic ayahuasca brew, their minds enter a state that resembles a kind of waking dream, finds a new study.

Researchers took brain scans of people who had taken DMT and found a curious intermingling of brain waves found during both sleeping and waking. Both those neurological states existing simultaneously might explain why people go through profound, dreamlike breakthroughs while on DMT, the researchers say.

Generally, researchers study human consciousness in one of two states — when we’re awake or when we’re sleeping. “However, we’re missing a big part of the picture if we don’t take into account other ways” of being conscious, says Christopher Timmermann, a co-author on the Scientific Reports paper and a researcher with Imperial College London. By studying other, induced forms of awareness, researchers like Timmermann hope to learn more about how our brains operate in the real world.

The research group’s chemical of interest, DMT, comes from ayahuasca, a traditional tea from South America that can cause psychedelic effects. The compound induces what users describe as new realities — experiences in seemingly strange environments complete with abstract beings and emotional or spiritual breakthroughs. Timmermann and his colleagues wanted to see how DMT changes the brain to generate those conditions.

As an IV delivered the hallucinogen, the 13 study participants wore skull caps that measured the electrical activity in their brains for about 20 minutes, the length of the entire psychedelic experience. The data showed Timmermann and his colleagues three strange shifts in the users’ brain waves.

One wave variant, usually only seen when someone's eyes are open, was subdued. But the participant's eyes were closed. It seems that “this level of engaging with an alternate reality was as or more intense than opening your eyes and facing [actual] reality,” Timmermann says.

Two other kinds of brain waves, which rise when people are dreaming, spiked in activity around the time patients described experiencing a breakthrough moment. And, overall, the various brain waves were fairly chaotic. If someone were actually asleep, those brain wave patterns become more ordered, Timmermann says.

Based on these results, Timmermann and his colleagues think that DMT generates these psychedelic effects because it causes both dreamlike and awake-like brain activity. As for how the chemical does that, or why it prompts experiences that users say are more profound than a typical dream, the team still doesn’t know.

Because this study looked at full-brain activity, the team is currently running similar tests with individuals in fMRI machines to get a better look at what parts of the brain are most active during the trip.