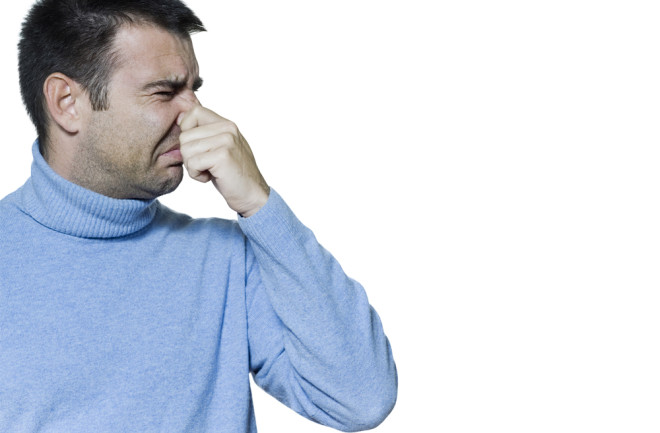 It’s official: Some beliefs stink. Researchers have found that revulsion activates the brain’s harm-avoidance center, invoking notions of cleanliness and moral purity as a primal mechanism for avoiding disease.

In a small study, people exposed to the smell of butyric acid, the putrid-smelling essence of vomit, subsequently expressed dramatically more conservative attitudes about premarital sex, pornography and religion — including increased belief in Biblical truth — than those who sniffed an odorless concoction. The topic of same-sex marriage proved especially repugnant to those who had been subjected to the stench.