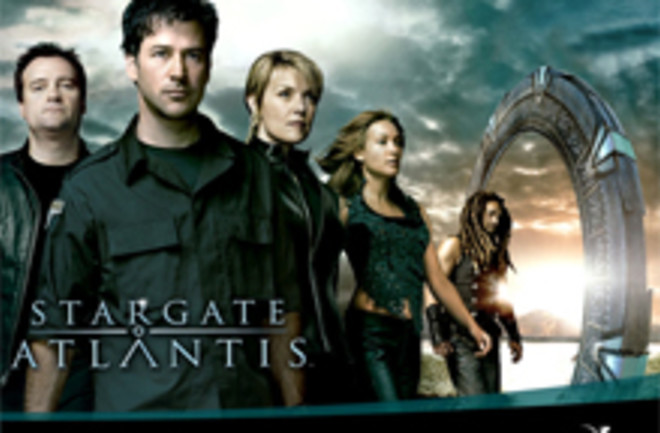 On Friday night's episode of Stargate Atlantis, the Atlantis expedition discover a small pod. The pod contains biological material that can be used to replicate a sentient life-form from scratch, should the pod find a planet with the right chemical makeup to provide the raw ingredients. It also contains a cultural and technical database to educate the "Children of the Pod," and an advanced Artificial Intelligence responsible for guiding the pod to a suitable destination and "birthing" the first generation life-forms. In the real world, with its apparently iron-clad restriction on faster than light travel, this kind of approach is actually one of the leading contenders for how human beings might colonize the galaxy. The problem with sending people is that they are a) big b) need to keep eating and c) typically live less than 100 years. The nearest star is 4 light-years away, which means that even if we could travel at the speed of light, it would take four years to get there. Traveling from one end of the galaxy to other at this speed would take about 100,000 years. While time-dilation (which would allow years to pass from the point of view of an observer on Earth, while minutes or seconds pass on-board a ship traveling close to light speed) is sometimes proposed as a way to get around the life-span issue, getting close enough to light speed to produce a significant effect requires huge amounts of energy. The energy problem that becomes incredibly tougher if the spaceship is pretty big to begin with. Realistically, getting any kind of spaceship up to 10 percent of light speed would be an incredible feat, and even 1 percent is far beyond our present abilities. This leads us to a) and b). Keeping people alive in space currently requires a whole bunch of life-support systems, not to mention the food required. Ways around this problem involve putting people into suspended animation, so that they sleep they whole journey (also sidestepping the life-span problem) or embracing the bigness and putting an entire ecosystem into a bottle inside a huge spaceship and letting several generations live and die as the crew make their way between the stars. However, if we didn't have to keep human beings alive -- or even in human form -- for the journey, the problem becomes easier. Send human DNA (along with a selection of plant and animal DNA) plus a robot that can build an artificial womb instead. A much smaller spacecraft would enable us to boost it to much higher velocities, and we could build lots of them and shoot them off in different directions. Each pod could even build more pods, copying the DNA as well, once it arrives somewhere with suitable raw materials. These daughter pods could be sent off in turn to other star systems. In this way we could colonize the entire galaxy in something like 300-500 million years, which is a long time from a human perspective, but quite short from the galaxy's.