St John's Wort - The Perfect Antidepressant, If You're German 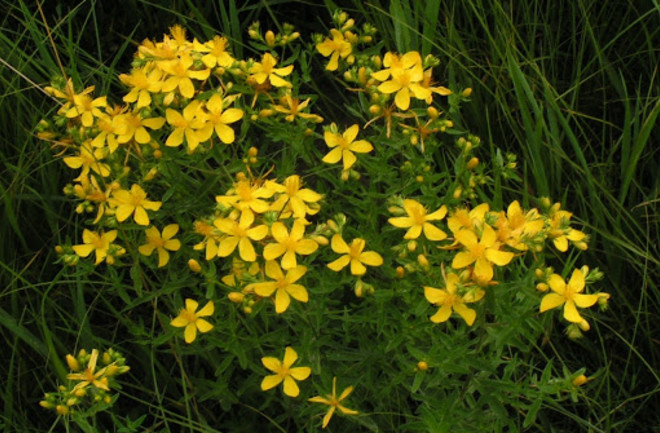 Professor Edzard Ernst, a well-known enemy of complementary and alternative medicine, wrote a favorable review of this study in which he comments that given the questions around the safety and effectiveness of antidepressants, it is a mystery why St John’s Wort is not used more widely.

When Edzard Ernst says a herb works, you should take notice. But is St John’s Wort (Hypericum perforatum) really the perfect antidepressant? Curiously, it seems to depend whether you’re German or not.

The Cochrane review included 29 randomized, double-blind trials with a total of 5500 patients. The authors only included trials where all patients met DSM-IV or ICD-10 criteria for “major depression”. 18 trials compared St John’s Wort extract to placebo pills, and 19 compared it conventional antidepressants. (Some trials did both).

The analysis concluded that overall, St John’s Wort was significantly more effective than placebo. The magnitude of the benefit was similar to that seen with conventional antidepressants in other trials (around 3 HAMD points). However, this was only true when studies from German-speaking countries were examined.

Out of the 11 Germanic trials, 8 found that St John’s Wort was significantly better than placebo and the other 3 were all very close. None of the 8 non-Germanic trials found it to be effective and only one was close.

Edzard Ernst, by the way, is German. So were the authors of this review. I’m not.

The picture was a bit more clear when St John’s Wort was directly compared to conventional antidepressants: it was almost exactly as effective. It was only significantly worse in one small study. This was true in both Germanic and non-Germanic studies, and was true when either older tricyclics or newer SSRIs were considered.

Perhaps the most convincing result was that St John’s Wort was well tolerated. Patients did not drop out of the trials because of side-effects any more often than when they were taking placebo (OR=0.92), and were much less likely to drop out versus patients given antidepressants (OR=0.41). Reported side effects were also very few.  (It can be dangerous when combined with certain antidepressants and other medications however.)

So, what does this mean? If you look at it optimistically, it’s wonderful news. St John’s Wort, a natural plant product, is as good as any antidepressant against depression, and has much fewer side effects, maybe no side effects at all. It should be the first-line treatment for depression, especially because it’s cheap (no patents).

But from another perspective this review raises more questions than answers. Why did St John’s Wort perform so differently in German vs. non-German studies? The authors admit that:

Our finding that studies from German-speaking countries yielded more favourable results than trials performed elsewhere is difficult to interpret. … However, the consistency and extent of the observed association suggest that there are important differences in trials performed in different countries.

The obvious, cynical explanation is that there are lots of German trials finding that St John’s Wort didn’t work, but they haven’t been published because St John’s Wort is very popular in German-speaking countries and people don’t want to hear bad news about it. The authors downplay the possibility of such publication bias:

We cannot rule out, but doubt, that selective publication of overoptimistic results in small trials strongly influences our findings.

But we really have no way of knowing.

The more interesting explanation is that St John’s Wort really does work better in German trials because German investigators tend to recruit the kind of patients who respond well to St John’s Wort. The present review found that trials including patients with “more severe” depression found slightly less benefit of St John’s Wort vs placebo, which is the opposite of what is usually seen in antidepressant trials, where severity correlates with response. The authors also note that it’s been suggested that so-called “atypical depression” symptoms – like eating too much, sleeping a lot, and anxiety – respond especially well to St John’s Wort.

So it could be that for some patients St John’s Wort works well, but until studies examine this in detail, we won’t know. One thing, however, is certain – the evidence in favor of Hypericum is strong enough to warrant more scientific interest than it currently gets. In most English-speaking psychopharmacology circles, it’s regarded as a flaky curiosity.

The case of St John’s Wort also highlights the weaknesses of our current diagnostic systems for depression. According to DSM-IV someone who feels miserable, cries a lot and comfort-eats icecream has the same disorder – “major depression” – as someone who is unable to eat or sleep with severe melancholic symptoms. The concept is so broad as to encompass a huge range of problems, and doctors in different cultures may apply the word “depression” very differently.