Are we selfish? Economists like to say that, to a first approximation, we are. In other words, that we tend to seek to maximize our own rewards, in a more or less rational manner. The trouble is that this theory (at least, a straightforward interpretation of it) doesn't describe how people behave in many situations. For example, given a sum of money and asked to decide how to split it between themselves and an anonymous stranger, most people choose to give some of it away. This scenario is called the Dictator Game, and along with a handful of similar tasks, it's a problem for the selfish theory. But what if some people do behave in an economically optimal way? What if the economic man, Homo economicus does exist after all - but as a minority of Homo sapiens? This is what Japanese researchers Toshio Yamagishi and colleagues say in a new paper in Psychological Science: In Search of Homo economicus (no relation to the 2001 paper of the same name.) Yamagishi et al tested 564 adults who lived in "a relatively wealthy Tokyo suburb". The headline result was that 7% of the participants displayed "Homo economicus" behaviour both in the Dictator Game, and in the more complex Sequential Prisoner’s Dilemma. That is, 7% of people always chose to maximize their own expected payoff, regardless of how this disadvantaged anyone else. Who were these 7%? Men were somewhat overrepresented (8.5% of men vs. 5.2% of women fell into this group), and they also tended to be younger, comprising 18% of those in their 20s, but just 5% of people in their 40s. Compared to the other 93%, they also rated themselves more highly on questionnaires measuring things like 'individualist social-value orientation' and self-esteem. Remarkably, "Homo economicus" scored higher IQs than their less selfish-rational participants did - the difference being roughly 10 points. 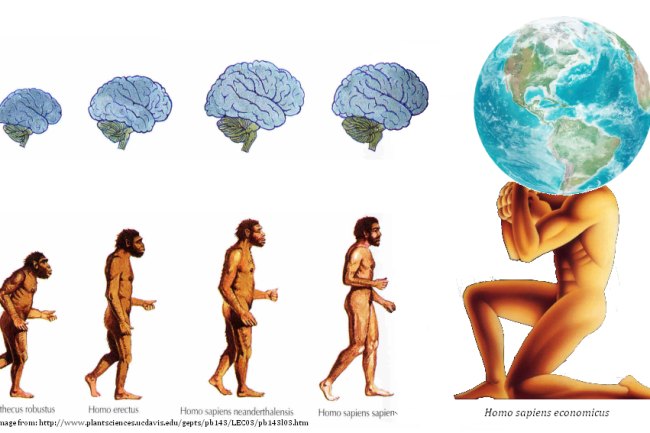 This is all quite interesting, but unfortunately Yamagishi et al got a bit carried away when it came to discussing these results. The spirit of scholarly discourse seems to have been grappling with the ghost of Ayn Rand for the soul of whoever wrote these lines, for example:

This is overblown. While the "Homo economicus" group did have a higher IQ on average, their mean IQ was still only 107, meaning that 1/3rd of the population are smarter than them. In other words they are (if you believe IQ-by-profession tables) on a par with the average high school teacher or fashion designer; respectable, but hardly elite. A deeper problem with the Yamagishi discussion is that it repeatedly talks about the most selfish 7% as if they were a distinct group. But in fact their IQ scores, like their personality traits, were varied, and overlapped with the rest of the sample. They differed on average, but this doesn't make them a category apart from everyone else. Finally - is 'Homo economicus' really a good description of the maximally selfish group, or are they just, well, selfish? It is known that most people fall short of the ideal of economic rationality in many different ways, of which being generous to anonymous strangers is only one. We don't know whether Yamagishi et al's 'Homo economicus' are more rational in these other ways. We don't know if they're less prone to the framing effect, let's say. If they are, then (and only then) they could lay a claim to being more rational than the rest of us. But as it stands, they are just more selfish.