SpongeBob: Not the Best Test Prep for Your 4-Year-Old 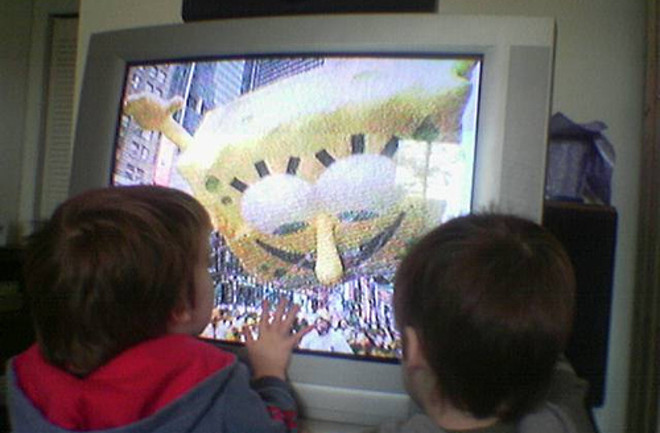 A study published yesterday in the journal Pediatrics found that pre-schoolers who watched a nine-minute clip of Nickledeon's SpongeBob SquarePants scored lower on a variety of cognitive tests given to them immediately afterward, compared to peers who spent the same time watching an educational PBS show or drawing. Although the researchers don't specifically call out SpongeBob (one of the most popular shows amongst children ages 2-11), they conclude that fast-paced, entertainment-oriented shows like this, which rapidly cut between different scenes, could cause short-term reductions in children's ability to focus and solve problems. That may sound ominous, but it's important to note that the study only looked at children immediately after watching the show, so there's no evidence that this effect will persist. And although previous research has shown a clear association between watching television at a young age and attention problems later in life, it's not clear whether TV---or any particular shows---are actually causing long-term problems. Still, if your 4-year-old is about to take a preschool entrance exam, it's probably not the best time for a SpongeBob marathon. [Via the Los Angeles Times]