Smoking On Screen Lights Up a Smoker's Brain 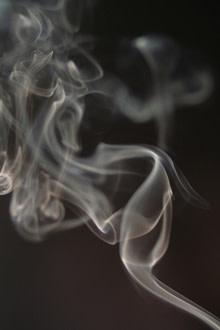 When Don Draper takes a long, cool drag of his cigarette on screen and fills his "Mad Men" office with smoke, does it subtly nudge you toward lighting up yourself? If you're already a smoker, there's a good chance. A new study forthcoming in the Journal of Neuroscience suggests that watching on-screen smoking subtly effects the brains of people who already smoke, as if it were prepping them to light up. To test the idea, the researchers screened not TV's smokiest drama "Mad Men," but rather the first half-hour of Matchstick Men, the 2003 Nicholas Cage film about con artists.

They chose this movie because it features lots of smoking without alcohol use, sex or violence, which could have skewed the results. The volunteers did not know the experiment was about smoking. [LiveScience]

The scans showed that specific parts of the brain went into action, but only if the person was a smoker. The particular brain areas were involved in planning and coordinating movements in the person's smoking hand – as if the brain were preparing itself for the physical actions required for smoking. Other brain circuits that dealt with urges and rewards also flickered into life when smokers saw actors light up on screen. At the end of the study, it was the smokers who had the most active reward circuits who said they craved a cigarette the most. [The Guardian]

Does this mean that if you made it your new year's resolution to swear off the cancer sticks, then you've also got to swear off the cable box and the big screen? No, Wagner says. You can't preemptively screen all the temptation out of your life (and the Centers for Disease Control and Prevention reports

that about half of 2009's top-grossing movies contained smoking, so you'd be missing a lot of great cinema if you avoided the nicotine contingent). But, he says, you should be aware of what's happening to your brain:

"I believe people should simply be aware that exposing themselves to subtle cues of smoking, like those in a movie, may have an influence on their desire to smoke, but the first step in thwarting this is knowing about it," says Wagner. [New Scientist]

80beats: The Science Behind the Shoot-Out (or, Why Good Guys Can’t Win)