Sir, Could I See Your Breeding License? 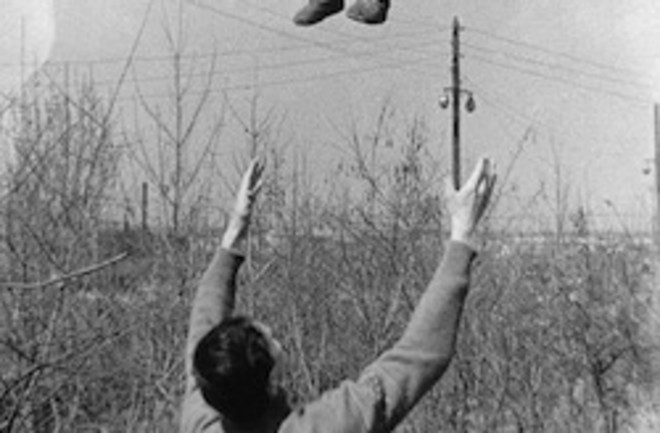 The whole discussion about what we’ll find immoral in the future got me thinking about that little group often described as our collective “future”: children. We often hear about children as our future when someone says, “Think of the children!” or “We shouldn’t leave this problem for our children to solve!” Children of Men, Ender’s Game, and A Wrinkle In Time, to name a few sci-fi classics, all place the symbolic future in the hands of either children or a specific child. If children are our “future” then who gets to have and raise children in the future will probably be pretty important. Why then are we so cavalier about who we let have and raise them? As technology enables more people to reproduce, environmental pressures make each new life a bigger burden, and our understanding of child psychology improves, it’ll become more and more evident that just because a person can have kids doesn’t mean they should have kids. My guess is that, decades down the road, future generations will require a license to reproduce and start a family. That sounds like a pretty good idea to me. The thing is, we already have sort of a “family license” system. It’s called adoption. If you are adopting, or trying to use an assisted reproductive technique (ART), then you have to meet some requirements. Adoptive parents must meet not just minimal standards like “no history of violence” but also quite high standards of stability, concern for the child’s welfare, wealth, and other characteristics reviewed through applications and interviews. Those who would use ARTs are often given more than an eyebrow raise by their physicians if they’re over a certain age or have a given lifestyle choice. Regardless of what criteria must be met, the point is they are always stricter than the criteria a couple must meet to be able to reproduce in the, uh, standard fashion, because there are no criteria (besides the reproductive biology) for being able to have kids unassisted. So, what gives? If you can have children naturally, you’re free to have as many as you want and basically do what you want with them. The only exceptions are parents so horrible that the state steps in and takes them away. If you can’t or don’t want to have children naturally, then not only do you have to go through the difficult and complex processes of adoption and/or ARTs, you have to be approved to do so. It’s double-damage on the equality front. Our society, it would seem, unconsciously believes “If you’re naturally able to have kids, then it’s OK for you to have kids. But if you aren’t able to naturally have kids, there might be something else wrong with you, and you should be investigated.” That kind of mindset is wrong – your ability to have kids is not an indicator your ability to take care of them. To make things equal for everybody, we have two options: either we allow anyone to adopt or use ARTs without scrutiny, or we make sure that all parents meet a minimum set of standards. The latter argument was set forth by Hugh Lafollette in Philosophy and Public Affairs way back in 1980 (before I was born!) in his paper cleverly named “Licensing Parents.” His case is more compelling than you might think. Here are the logical steps:

Lafollette is not arguing for any kind of elite standard defining the "best parents" but something like a driver’s license. Just as freedom of movement is an essential liberty, so, too, is the freedom to procreate. However, these rights are not absolute. Just as it is reasonable to have a person in charge of a car take a class and a few tests to make sure they’re capable, it is reasonable to have a person who will be in charge of a new life take a few tests to make sure they’re capable. You didn’t have to be Dale Earnhart, Jr. to get your drivers license; you won’t have to be Ward Cleaver to get your parenting license. You had to be able to merge into traffic, parallel park, and negotiate a four way stop; by the same logic, every child deserves a minimally competent parent. Whether it’s our blissful acceptance of a random genetic inheritance or our indifference to who is allowed to raise children, it seems to me the very way we treat the creation of new life will be looked at with vastly different eyes in the next century. Image by