Singing and Talking, Thanks to This Brain Region 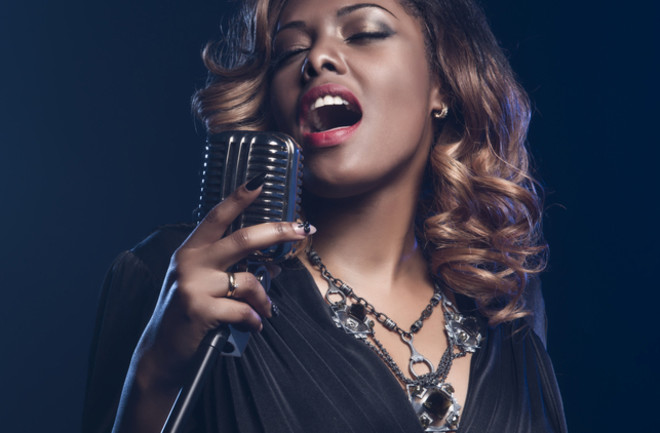 (Credit: Arthur-studio10/Shutterstock) Good news for anyone who enjoys singing, or being sarcastic — or really, just talking in general. Scientists have precisely mapped, and now better understand, the part of the brain that allows you to do what you do: change the pitch of your voice to hit notes or emphasize certain words. The work, by a team of neuroscientists at the University of California, San Francisco, appears today in the journal Cell, and specifically looked at how a brain region called the bilateral dorsal laryngeal motor cortex (dLMC) controlled the larynx, or voice box.

While we have a lot in common with our primate cousins, humans are unique among them in our ability to modulate our vocal pitches. This means not just that we can hit the high notes when we want to, but that we can emphasize certain words in sentences, subtly altering overall meaning.

The human larynx. (Credit: Dichter et. al/CELL) While scientists have figured out the anatomy of human speech — which muscles pull where, resulting in vibrating vocal cords (or vocal folds) — the neuroscience behind it is murkier. It’s tough to study something that only happens in humans, after all, and even tougher to get access to their delicate brains. But luckily, the paper’s authors had access to volunteers undergoing unrelated brain surgery involving the implantation of brain sensors. This gave the team brain data in unprecedented fidelity, both in terms of spatial and temporal resolution (on the order of millimeters and milliseconds). They targeted the dLMC, a region already associated with speech and lying between the brain regions controlling the lips and hand.

First, they had the volunteers speak the sentence, “I never said she stole my money,” emphasizing a different word each time. Doing so changes the meaning of the sentence, as anyone who’s had to practice lines has probably experienced. (“I never said she stole my money. I never said she stole my money. I never said she stole my money.”) As the authors write, “During this lexical emphasis task, we found electrodes with increased neural activity that was clearly time-locked to the production of the emphasized word. This neural activation started at the onset or slightly in advance of the emphasized word.” In other words, whenever a volunteer’s voice rose in emphasis, the dLMC’s activity increased. A pretty solid connection. Next, the team wanted to see if the dLMC was involved just in vocal pitch manipulations, or whether it also encoded singing, “a form of non-speech vocal production” the authors helpfully add. There was: The same brain regions as before activated whenever a participant’s voice pitched upward. Finally, to prove it was a causal relationship — that the dLMC sent the larynx instructions, and not just that the two were somehow related — the researchers electrically stimulated volunteers’ brains themselves. They found it did indeed cause the larynx’s pitch-related muscles to move, and went on to even produce “audible involuntary vocalizations” in 20 participants by stimulating their dLMCs. Sure, it sounds vaguely creepy, but don’t worry: “These non-volitional, stimulation-evoked vocalizations were not meaningful or communicative speech sounds, but sounded typically like a prolonged ‘aaah’,” the team writes. So, yes, the dLMC is definitely responsible for altering vocal pitch, both in speech and in song. It’s neat not just because it’s one more feature about ourselves we understand a bit better, but also because of what it can tell us about how we came to be. “There is growing evidence that precise control of laryngeal function was one of several evolutionary developments that ultimately led to human-specific speech abilities. … Indeed, more comparative research with both anatomy and fine-grained neurophysiology holds great promise to fully understand the unique specializations of the human LMC that supports the unique capacity for speech.”