Seat of Selflessness Found in Brains of Extreme Altruists 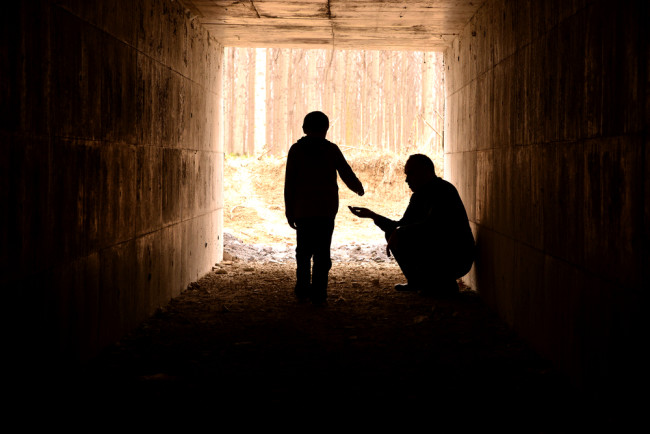 Altruism has posed a puzzle for psychologists and evolutionary biologists for centuries. Why is it that humans will help others even to their own detriment? A new study sheds light on the answer to that question by studying the brains of extreme altruists – people on the extreme end of the caring continuum. In this case researchers chose to study people who donated a kidney to a complete stranger. They found that not only are extreme altruists’ brains different from a normal person’s, they’re basically the opposite of a psychopath’s in one key way – indicating that a specific brain region may play an important role in people's ability to care for one another.

Researchers tracked down 19 healthy adults that had given a kidney to a stranger, and 20 other adults who were recruited from the local community as a control. They presented these participants with images of people making a fearful, angry and neutral facial expressions while measuring their brain activity using fMRI. Of all the expressions, researchers were most interested in participants’ responses to fearful faces. Past studies have shown that fearful expressions elicit feelings of compassion in altruistic people. And indeed, extreme altruists showed a much higher sensitivity to fearful expressions, evidenced by higher activity in their amygdalas (the walnut-shaped part of the brain that processes emotions). What's more, the right side of the amygdala was 8 percent larger in altruists than in people who hadn’t donated an organ, based on structural MRI data. Researchers published their findings last week in Proceedings of the National Academy of Sciences.

These findings offered a stunning contrast to the team's previous research on the brains of psychopaths. In their 2013 study

, researchers showed images of pain-inducing injuries to 14 teens with psychopathic traits and to a control group. They discovered that the right amygdala in psychopaths was smaller and less active than that of a normal person. Psychopaths were also far less sensitive to other people's pain, indicating a lower ability to feel compassion. Therefore, researchers believe that our neurological architecture, specifically the amygdala, helps shape our altruistic tendencies. The amygdala may act as the brain's moral compass — active in compassionate people and muted in psychopaths. Moving forward, researchers plan to expand their findings to examine how altruists' brains respond to other cues, such as pain or sadness expressions, body postures, or voices. In the meantime, researchers investigating the roots of human altruism have an intriguing new lead toward understanding our deeply-wired desire to help one another.